The challenges of experiencing poverty can constrain consistent contraceptive use.

Births to U.S. teenagers have been declining for a dozen years and reached another record low in 2020.

New research suggests that more teenagers—and more women of all ages—could avert unintended pregnancy with wider access to free and low-cost contraceptives. But costs are not the only barrier. Additional studies show financial hardship creates other obstacles, such as food insecurity and homelessness, that constrain contraceptive use.

When Colorado’s state family planning program provided wider access to more forms of contraception and lowered or eliminated their cost, birth and abortion rates were both cut in half among teenagers ages 15 to 19, reports Amanda Stevenson of the University of Colorado Boulder describing state data.

In addition, the share of young women who graduated high school increased because of the program, new analysis from Stevenson and her collaborators at the University of Colorado Boulder and the U.S. Census Bureau show.1

“People who support greater access to contraception often argue that it improves women’s ability to complete their education and, in turn, improves their lives,” she says, noting that those claims have been based largely on observational evidence. “This study is the first to provide rigorous, quantitative, contemporary evidence that it’s true.”

Their study examined the impact of the Colorado Family Planning Initiative (CFPI), which used a $27 million grant from a private donor to increase funding for clinics supported by Title X, the federal family planning grant program for people with low incomes.

The grant enabled Colorado’s Title X clinics to expand their services between 2009 and 2015—providing not only inexpensive forms of contraception like condoms and oral pills, but also more costly and effective long-acting reversible contraceptives such as intrauterine devices and implants.

Stevenson calls the family planning program expansion “the biggest policy experiment ever conducted in U.S. contraception.” Her research team examined the educational attainment of 5,050 Colorado women and compared those whose high school career occurred before and after the policy change. To identify which differences in their lives were due to the family planning initiative versus other factors, the researchers also looked at the same changes among women of similar age in 17 other states.

Overall high school graduation rates in Colorado increased from 88% before CFPI was implemented to 92% after, and researchers link about half of this gain to the program. An additional 3,800 Colorado women born between 1994 and 1996 received a high school diploma by ages 20 to 22 because of the CFPI, they estimate.

Stevenson and her colleagues hope their findings inform policy discussions as lawmakers around the country consider proposals to boost Title X funding, lift restrictions requiring that teens obtain parental consent for contraception, and consider additional proposals that change access to contraceptives in other ways.

The Colorado study adds to a growing body of recent research that underscores the role that cost plays in women and girls’ ability to access contraception. The Affordable Care Act’s elimination of out-of-pocket costs for contraception has been linked to more consistent contraceptive use and a decrease in birth rates among women in all income groups, and especially among women with low incomes, a recent analysis supported by the University of Michigan’s Population Studies Center shows.2 The study examined changes in birth rates among girls and women ages 15 to 45 with employer-based health insurance and found that the probability of birth decreased most sharply among those in the lowest income group, from 8.0% in 2014 to 6.2% in 2018.

But a 2020 Supreme Court ruling (Little Sisters of the Poor Saints Peter and Paul Home v. Pennsylvania et al.) that allows employers to cite religious or moral reasons for refusing to cover contraception in their employee health insurance plans will increase contraceptive costs for many women. This exemption makes it less likely women will use the contraceptive method they want, according to Kari White and Kristen Burke of the University of Texas at Austin’s PRC.

Some women who lose insurance coverage may look for a new provider at a publicly funded health center that offers low-cost contraception, Burke suggests. These facilities, which receive federal Title X family planning funds or other federal and state funding to serve women with low incomes, will likely not be able to meet the demand from new patients, leaving more women with cost barriers to the contraceptive method they desire, White says.

Young women who want to avoid an unintended pregnancy face a double challenge—they must consistently afford and obtain contraception.

“Material hardship may make it more difficult for women to follow through on plans when overwhelmed with worry over immediate needs such as unpaid bills,” according to Elly Field of the University of Michigan’s Population Studies Center.4

Field finds young women who have faced a utility shutoff, insufficient food, pawned belongings to pay bills, or experienced homelessness or eviction in the previous year are less likely to use contraception—or use contraception consistently—than their peers.

She analyzed data from the Relationship Dynamics and Social Life study, which interviewed 18-to-19-year-old Michigan women weekly about their relationships, sexual activity, and contraceptive use for more than two years. Three-quarters of pregnancies among U.S. teenage women in this age group were unintended.

The study’s interviews show that young women experiencing material hardships perceive contraception as difficult to obtain and unaffordable. These perceptions partially explain their lower use of doctor-prescribed hormonal methods and switches to less-reliable methods, Field says.

Even when contraceptive services are free, the life circumstances of women experiencing poverty within the U.S. economic structure “influences their ability to engage with different patterns of contraceptive use,” finds Kelsey Q. Wright of the Center for Demography and Ecology at the University of Wisconsin–Madison.5

Wright’s analysis of data from the HER Salt Lake Contraceptive Initiative—which offered a range of free contraceptive methods at several publicly funded clinics—shows that socioeconomic disadvantage shaped how women selected different contraceptive methods and whether they were able to continue to use those methods over a one-year period compared to women with more economic and social advantages.

Eliminating the financial barriers to accessing contraceptive services does not eliminate the social contexts and daily experiences that shape women’s method selection and use patterns, Wright argues. “An approach that promotes people’s access to contraceptive methods and which focuses on larger social contexts of access will be more effective in promoting patient-centered reproductive health,” she says. 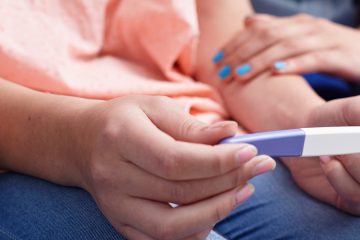 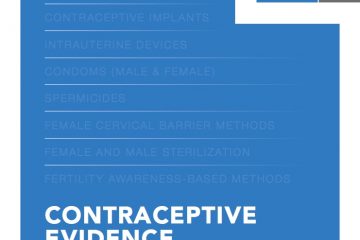