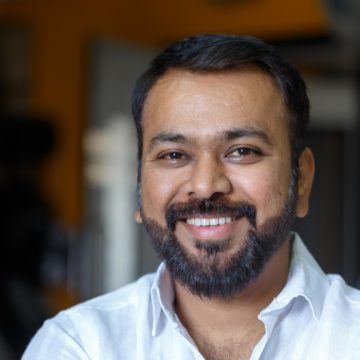 Abhijeet Gurjar is an independent visual journalist and multimedia storyteller whose work has appeared in various international outlets, including The Times (U.K.), The Wall Street Journal, BBC, LaCroix International, Mongabay, The Hindu, The Wire, Reuters, and Firstpost. In addition, Gurjar works on personal projects such as “Sisters of Hope,” about accredited social health care activists (ASHAs), which was featured in PhotoWalkSeattle in 2021. Gurjar was awarded a Photo SouthAsia grant in 2020 and participated in the 2021 FotoEvidence Workshop in France. He was a finalist in the portrait competition at the Indian Photo Festival and was selected for a portfolio review by the National Geographic editorial team, both in 2020. He was also the local producer for a grant-winning feature about forced hysterectomies among migrant sugarcane laborers in India’s Beed district that exhibited at the Visa pour l’Image International Festival of Photojournalism in 2021. Since 2021, Gurjar has taught photography for a postgraduate program at Shivaji University, where he is also a mentor for the documentary photography program. Gurjar holds degrees in mechanical engineering from T.B. Girwalkar Polytechnic and in journalism and mass communication from Yashwantrao Chavan Maharashtra Open University.