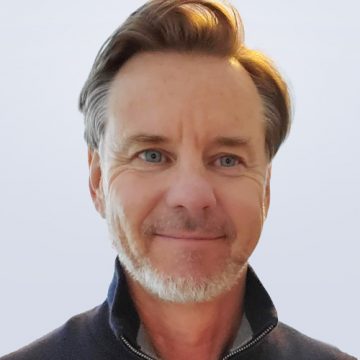 John Herne is an award-winning creative director whose skillset includes interactive media, branding, and video production. He has successfully recruited and led design and production departments at Discovery Channel, AOL, and CoStar Group.

John brings a diverse background to his work, including experience in entertainment, news, and financial services, and he was fortunate to serve on the team that organized the U.S. portion of Nelson Mandela’s Freedom Tour.

John joined PRB in 2020 and led the design and video team.