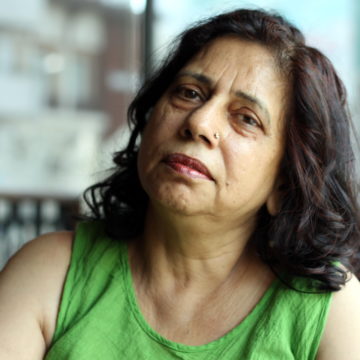 Shobha Shukla is the founding managing editor and executive director of Citizen News Service (CNS), a citizen journalism initiative focused on health and development justice. She has been coordinator of the Asia Pacific Media Alliance for Health and Development (APCAT) since 2019. She has written extensively on epidemics, noncommunicable diseases, and systemic health challenges, with a focus on gender justice and aging populations. Shukla’s work has appeared in a range of publications via CNS, including the Bangkok Post, the Jakarta Post, Manila Times, The Nation (Thailand), Weekly Blitz Bangladesh, Indian Express, Kashmir Times, Outlook Afghanistan, The Independent (Nigeria), The Seoul Times, Maravi Post (Malawi), and Modern Ghana, among others. She also writes regularly via CNS for Hindi print and online media. She has received a number of awards and fellowships, including from the International AIDS Society and the National Press Foundation in the United States. She has led training for journalists about health reporting in India and abroad and has worked with a range of nongovernmental organizations to promote health learning and reporting. She holds a master’s degree in statistics and a bachelor’s degree in physics, math, and statistics from University of Lucknow in India and a certificate in copy and structural editing from the Academy of Literary Arts and Publishing in Singapore.