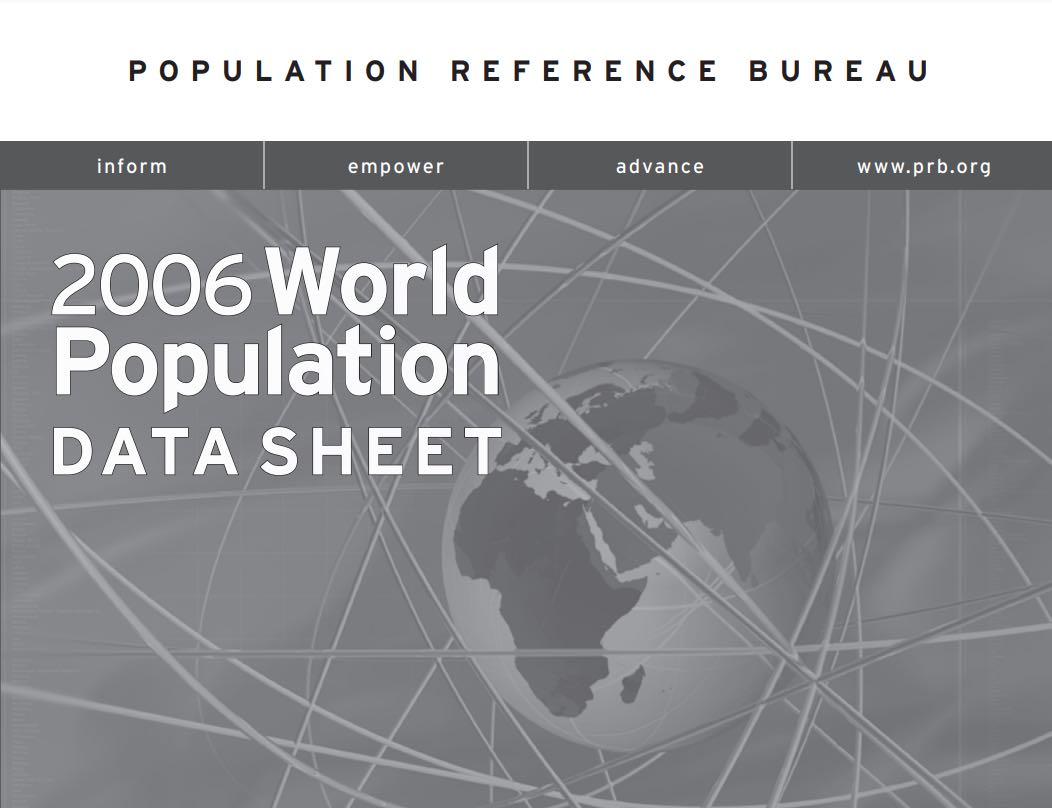 (August 2006) Each year, nearly 3 million migrants move from poor countries to wealthier ones. Increasingly, however, more of this migration will occur between developing countries, such as that occurring from Bangladesh to India, or from India, Egypt, and Yemen to the Persian Gulf States.

The Population Reference Bureau’s 2006 World Population Data Sheet provides new information on the forces shaping migration rates around the world. As long as high birth rates and poverty continue to place pressure on populations, migrants will see advantages to moving to countries with more resources and greater opportunities. While the sending countries may miss the migrants’ contributions, countries such as the United States and the United Kingdom can benefit from migrants with much-needed talent—teachers and health care workers.

“There are larger demographic differences among the world’s countries than ever before,” says Carl Haub, PRB senior demographer and author of the 2006 World Population Data Sheet. “The demographic, health, and economic contrasts among the United States, Japan, and Nigeria illustrate this diversity and the differing challenges faced by rich and poor countries.”

The 2006 World Population Data Sheet provides up-to-date demographic, health, and environment data for all the countries and major regions of the world. Other highlights: