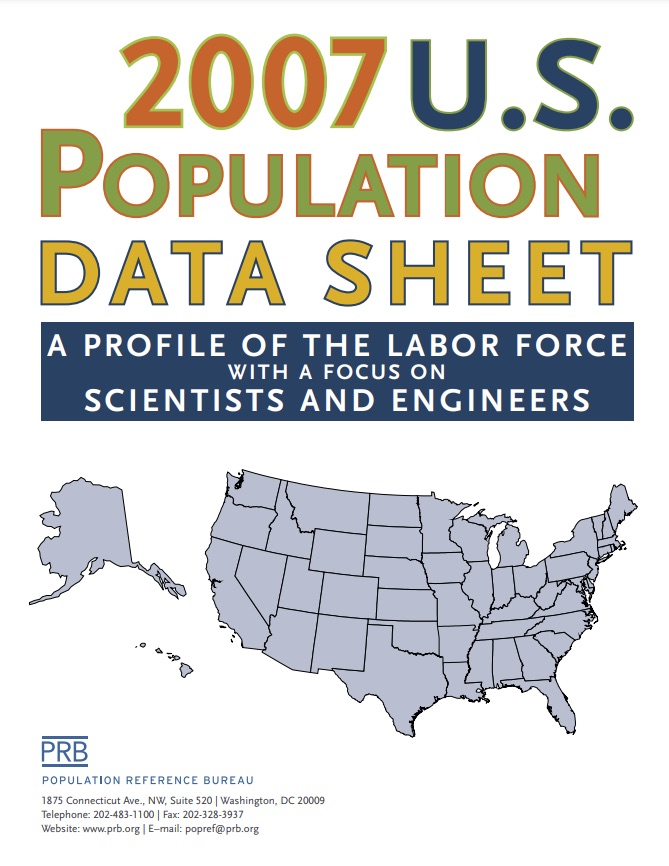 “Science and engineering employment accounts for a relatively small proportion of the U.S. labor force, but is important as an engine for higher earnings, innovation, and economic growth,” says Mark Mather, the data sheet’s author and deputy director of domestic programs at the Population Reference Bureau.

The findings are based on new estimates in PRB’s just-released 2007 U.S. Population Data Sheet, which presents labor force data for all 50 states and the top 50 metropolitan areas. Data used were from the 2005 American Community Survey.

Among 22 variables covered, key data include:

States’ ability to attract a high percentage of science and engineering workers can affect whether they flourish or decline in the economic marketplace. States and major metro areas with highly skilled workforces operate at a competitive advantage. Skilled workers earn bigger paychecks and, by extension, generate more tax revenue compared with unskilled workers. In 2005, the median annual earnings for people in S&E occupations were $58,760, compared with $27,299 for people in all occupations nationwide.

This project was funded by the Alfred P. Sloan Foundation.