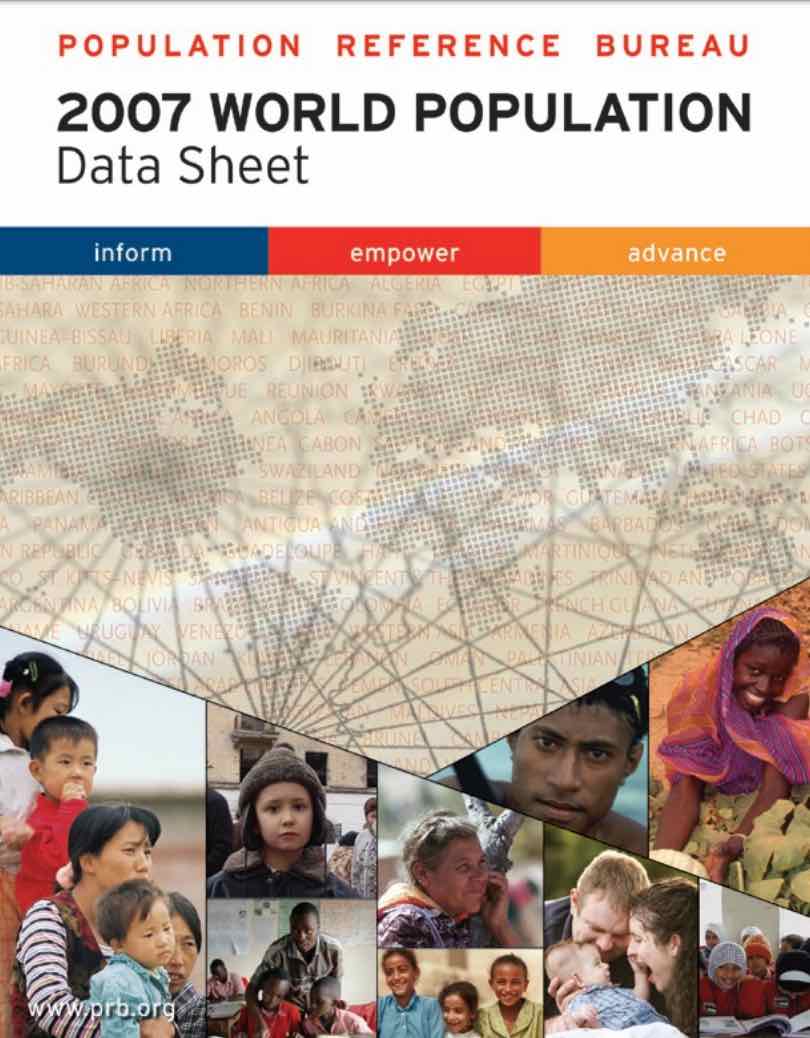 Malnutrition Is a Major Contributor to Child Deaths

(Washington, DC) Malnutrition plays a role in the deaths of about 16,000 young children every day, virtually all of them in the developing world. That is a yearly toll of almost 6 million, about the same as the population of Denmark, Jordan, or Laos. By weakening resistance to infection and disease, malnutrition contributes to more than half the deaths of children under 5 worldwide.

“Malnutrition is the underlying cause of millions of deaths, but lacks public recognition because it does not kill young children directly, as does pneumonia or diarrhea,” said Bill Butz, PRB’s president. “Many of these deaths could be averted through nutrition measures that are known to be effective, often at low cost.”

The 2007 World Population Data Sheet provides up-to-date demographic, health, and environment data for all the countries and major regions of the world. It points up vivid contrasts between developed and developing countries, as illustrated by the table below with data from the United States, Germany, and Ethiopia.

“The world’s rich and poor nations face very different population challenges,” said Carl Haub, PRB senior demographer and author of the 2007 World Population Data Sheet. “Nations such as Germany and the United States have large elderly populations to care for, while poorer nations such as Ethiopia need to harness the potential economic energy of a youthful population.”

Other highlights from the 2007 World Population Data Sheet include:

Fertility rates may be rising again in some European countries. After years of low but stable rates, the number of children women are having is increasing in Italy, Spain, and Sweden, among others.

Fertility rates are holding steady at high levels in some developing nations after years of decline. In Afghanistan, the rate is nearly seven children per woman; in Nigeria, it is nearly six.

The international refugee population increased during 2006. The number of refugees rose from 8.7 million to 9.9 million during 2006. This was due in large part to the displacement of Iraqis to other countries, particularly to Syria and Jordan.