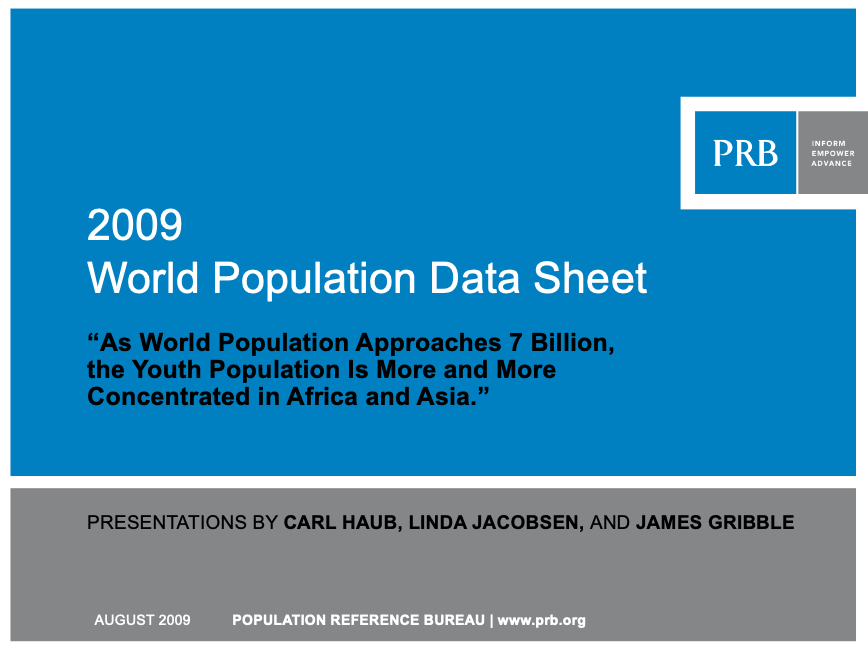 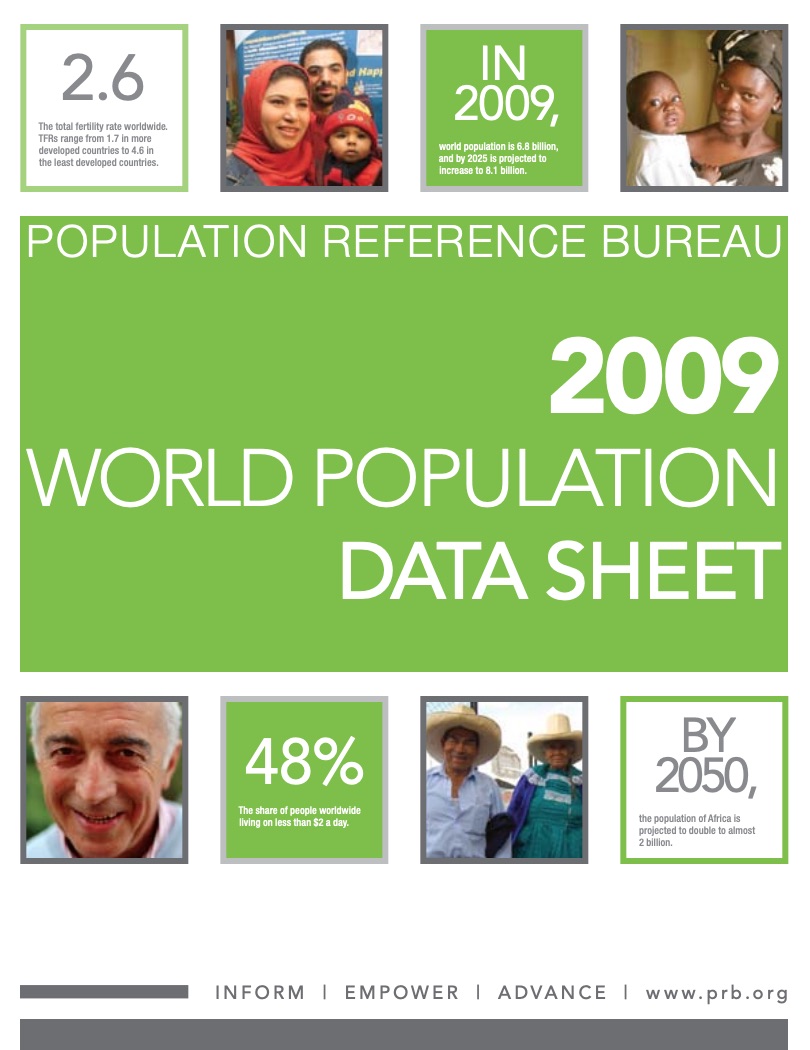 (August 2009) The Population Reference Bureau released its 2009 World Population Data Sheet on Aug. 12, 2009, at the National Press Club in Washington,DC with presentations highlighting children and youth, the theme of this year’s data sheet.

Each of the three presenters illustrated his or her remarks with a series of PowerPoint graphics, which are synchronized with the presenter’s remarks:

Carl Haub, senior demographer and Conrad Taeuber chair of population information (time: 4:15 – 15:04)
Slides:
World Population Growth Is Almost Entirely Concentrated in the World’s Poorest Countries
The World’s Youth Population Will Become More Concentrated in Africa and Asia
More Developed Countries Have Fewer Young People Relative to Elderly
Less Developed Countries Have Far More Young People Relative to Elderly
To Slow Population Growth, Developing Countries’ Fertility Decline Must Be Rapid
From 1980 to Today, There Has Been Very Little Change in Africa’s Population Under 15
Africa’s Population of 1 Billion Is Projected to Grow Rapidly Through 2050
The Differences Between Developed and Developing Countries Can Be Stark

Linda Jacobsen, vice president of Domestic Programs (time: 15:04 – 24:00)
Slides:
The U.S. Has a Younger Age Structure Than Other Developed Countries
High School Dropout Rates Are Declining, but Remain Higher Among Hispanic Youth
College Enrollment Is Lower Among Black and Hispanic Youth
The Birth Rate Among U.S. Teenagers Is Twice the Average for all Developed Countries
Birth Rates Remain Much Higher Among Black and Hispanic Teens
By 2030, More Than Half of all Youth Will Be Members of a Racial or Ethnic Minority
In One-Third of U.S. Counties, at Least 25 Percent of Children Live in Poverty