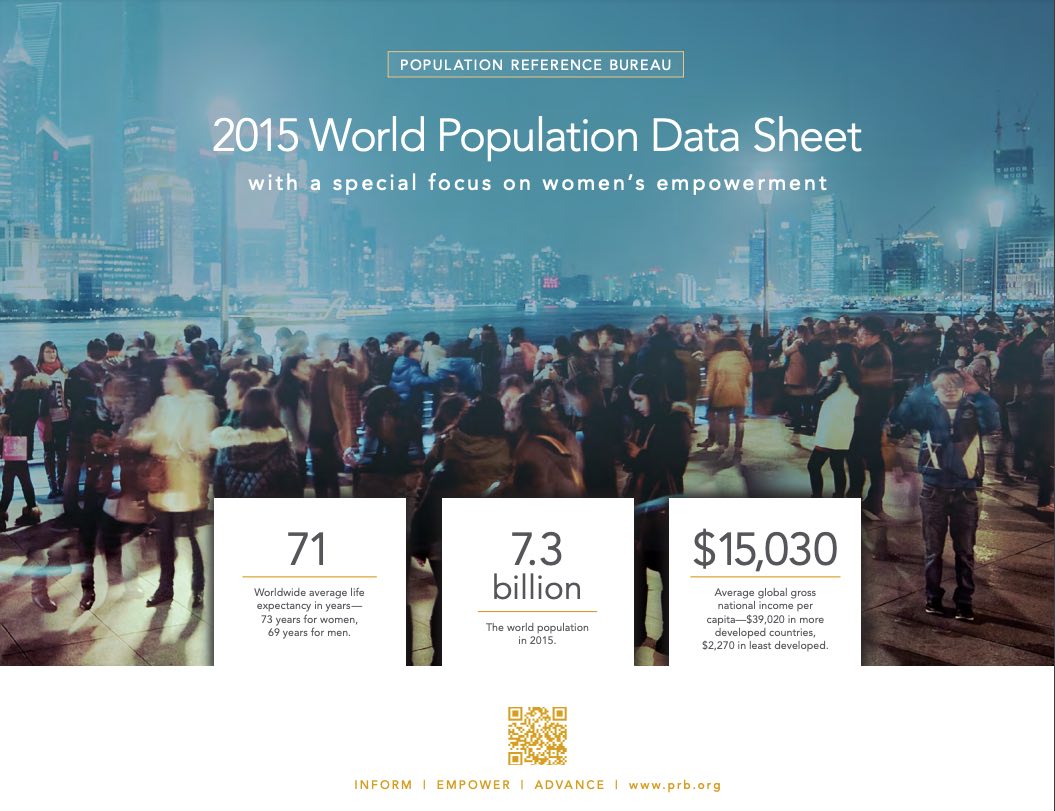 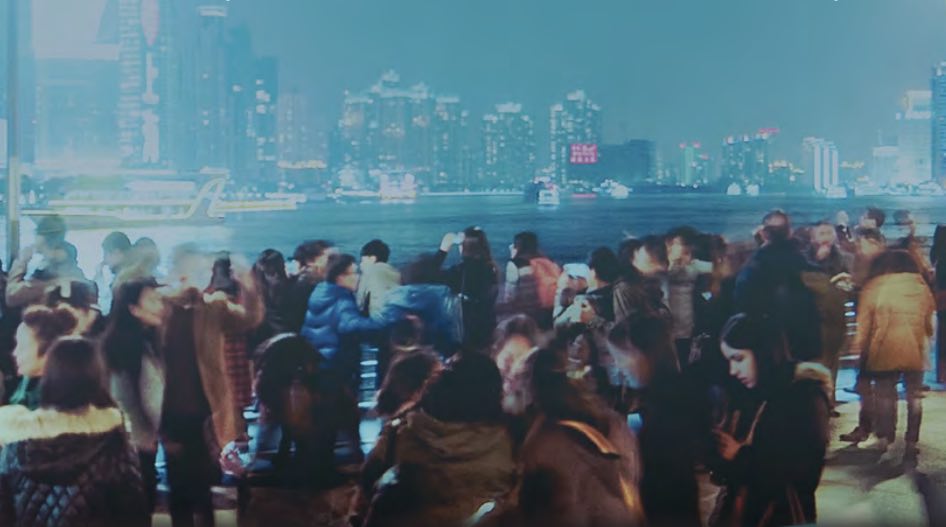 Women worldwide are achieving gains in key barometers of personal well-being, but far more progress is needed to foster real gender equality and empower women, according to the Population Reference Bureau (PRB). 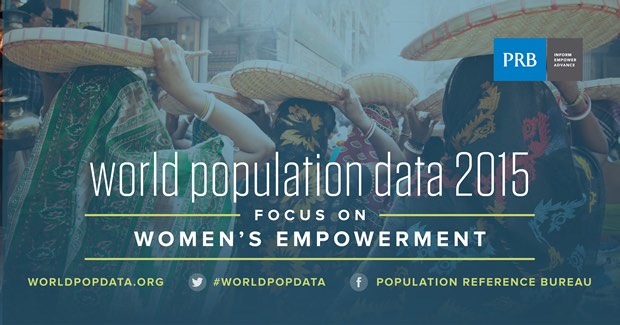 These findings are based on the 2015 edition of PRB’s annual World Population Data Sheet and a related package of interactive data features, all produced by PRB and released today at worldpopdata.org.

This year’s Data Sheet provides the latest data on 20 population, health, and environment indicators for the world, major regions, and more than 200 countries. It includes a special set of indicators and analytical graphics aimed at assessing the state of women’s empowerment globally.

“Women’s empowerment is when women and girls have the power to act freely, to exercise their rights, and to be full and equal members of society,” said Jeff Jordan, president and CEO of PRB. He added: “We’ve seen a lot of progress in recent years, but impediments remain in critical areas for women. They also need guarantees that they’ll receive equal reward for equal effort to men.”

For example, PRB analysis shows that earnings gaps between men and women persist despite women’s educational gains. In the United States, where women have closed the gap with men in college completion—and are actually outpacing men in the 25-to-29 age group—women with a bachelor’s degree or higher earn an average of only 73 percent of what male counterparts earn.

Globally, acceptance of gender-based violence remains a barrier to empowerment. For example, tolerance of wife beating has declined in a broad sense over the past several decades but remains alarmingly high in many countries, even among women themselves. In Indonesia and Zambia, 24 percent and 30 percent of women, respectively, agree that a husband is justified in beating his wife if she leaves the house without telling him. These levels are about twice as high as rates among men in these countries. 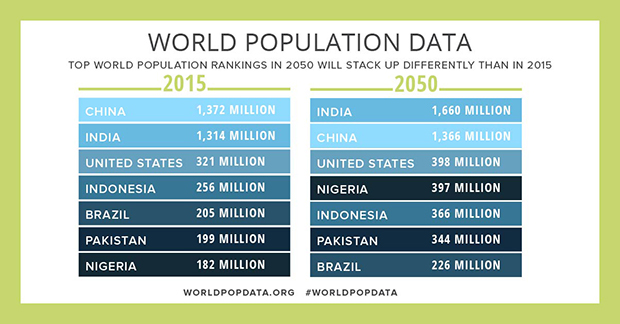 Meanwhile, PRB’s population projections in the 2015 Data Sheet show world population reaching 9.8 billion by 2050, up from an estimated 7.3 billion now, though the projections mask wide variations among countries, notably: