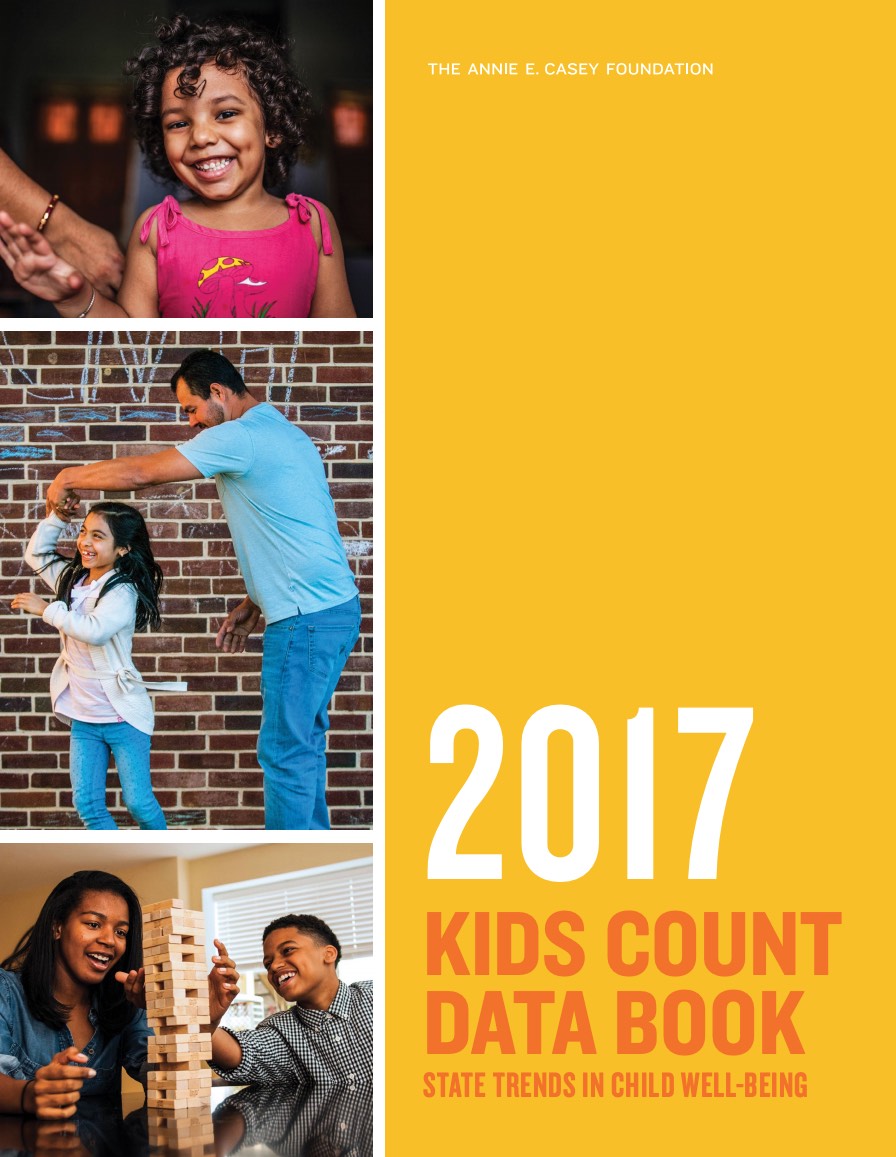 The Annie E. Casey Foundation released the 2017 KIDS COUNT Data Book on June 13, 2017. The KIDS COUNT Data Book—now in its 28th year—provides an up-to-date and detailed picture of how children are faring in the United States, nationally and in each state. The KIDS COUNT Data Book features a comprehensive index of child well-being and includes a national profile and state-level rankings across four content domains: (1) Economic Well-Being, (2) Education, (3) Health, and (4) Family and Community. The 2017 Data Book reveals many bright spots for children and family well-being during the economic recovery following the Great Recession, yet room for improvement remains in many areas.

Population Reference Bureau (PRB) has played an instrumental role in the KIDS COUNT Data Book since 1992. U.S. Programs staff provide feedback on the design and measurement of the KIDS COUNT index of child well-being and compile the data presented in the Data Book.

Since 2010, outcomes for children improved on 11 out of the 16 indicators that are tracked as part of the Data Book.

Across the 16 indicators of children’s well-being, African American, American Indian, and Latino children experienced positive gains since 2010, yet deep inequities continue to persist. Children of color experience negative outcomes at a higher rate than non-Hispanic white children on nearly all indicators that are tracked in the Data Book. These large racial and ethnic gaps in child well-being indicate that children of color continue to face steep barriers to success.

In October 2017, the Annie E. Casey Foundation will release the second edition of Race for Results, which explores how children are progressing on key milestones across racial and ethnic groups at the national and state levels. U.S. Programs staff at PRB will play an integral role in developing this report.

The 2017 KIDS COUNT Data Book demonstrates that in many respects children’s well-being in the United States is improving. The data also show that substantial work remains to be done to secure a bright future for all children and young adults. For the most recent national, state, and local data on hundreds of measures of child well-being, visit the KIDS COUNT Data Center.