The world population will reach 9.9 billion by 2050, up 2.3 billion or 29 percent from an estimated 7.6 billion people now, according to projections by Population Reference Bureau (PRB) included in the 2018 World Population Data Sheet.

PRB estimates the 2018 worldwide total fertility rate (TFR, or average births per woman over their lifetime) at 2.4; the global TFR has been declining for the past few decades but remains high enough to generate continued population growth. The three countries with the highest TFRs are Niger (7.2), Chad (6.4), and the Democratic Republic of the Congo (6.3), while the lowest TFRs are in South Korea (1.1), Singapore (1.2), and Taiwan (1.2). 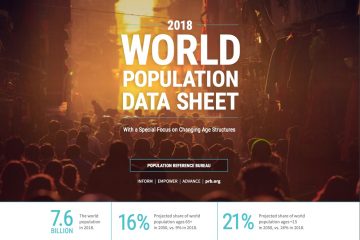 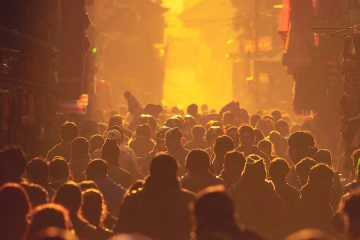 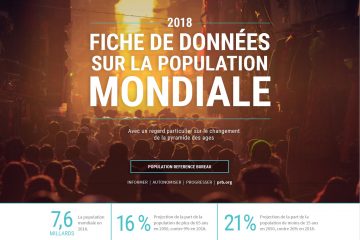 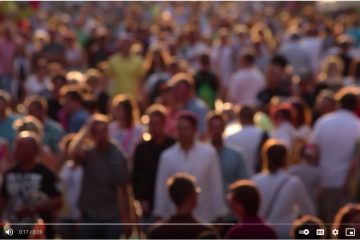 PRB has produced its widely referenced World Population Data Sheet annually since 1962. This year’s edition provides the latest data on 26 key population, health, and environment indicators for the world, major regions, and more than 200 countries and territories.

Below are some highlights from PRB’s midcentury population projections in the 2018 World Population Data Sheet:

Changing Age Structures and Their Implications

The world population will also continue to age, with variations by country. By midcentury, projections indicate that 16 percent of the world population will be ages 65 and older, up from 9 percent now. The percentage of people in this age bracket in the world’s more-developed countries is projected to reach 27 percent, up from 18 percent now, while the percentage of adults ages 65 an older in less-developed countries is projected to double to 14 percent.

The 2018 Data Sheet’s special focus is on changing age structures around the world. Shifts in a country’s age structure over time can have important implications for a country’s economic and social trajectory, as well as its resource allocations and policy agendas. For example, many countries in the world are experiencing—and will continue to experience—steady increases in the number of older adults, both in absolute terms and as a percentage of the total population. This trend poses challenges for countries in balancing the pension, health, and other benefits that older adults typically receive with investments in the well-being of younger generations. In addition, some countries may choose to incentivize older adults to remain in the work force longer.

As part of the analyses for this Data Sheet, PRB demographers grouped countries into five age dependency categories to better illustrate their demographic challenges and opportunities. The categories were based on two factors: the child dependency ratio—the ratio of children (those under age 15) to the working-age population (ages 15 to 64); and the old-age dependency ratio—the ratio of older adults (ages 65 and older) to the working-age population. 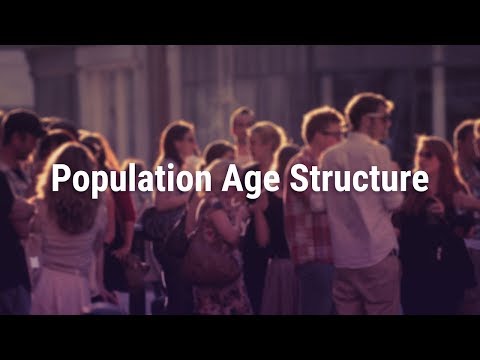 The age structure data and analysis show that:

Download key charts and figures from our Social Media Toolkit.