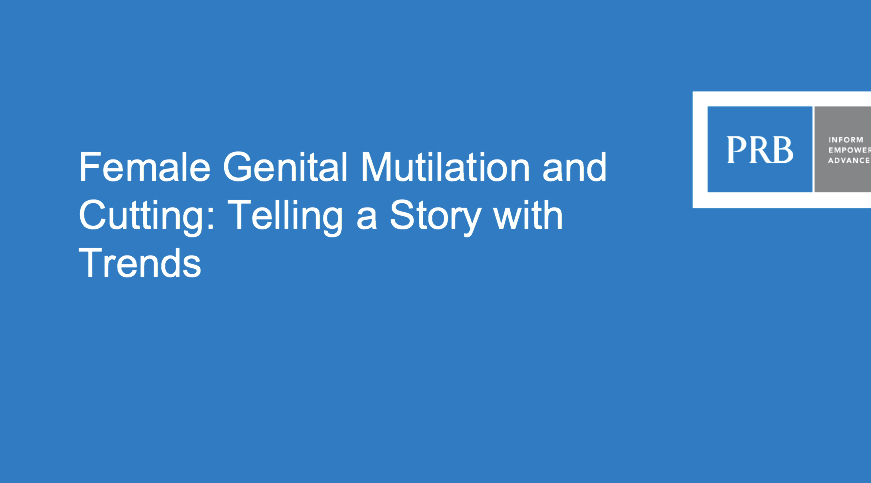 PowerPoint. A Decade of International Day of Zero Tolerance to Female Genital Mutilation/Cutting

(February 2013) Feb. 6, 2013, marks a decade since the first International Day of Zero Tolerance to Female Genital Mutilation was commemorated. An estimated 100 million to 140 million girls and women worldwide have undergone female genital mutilation/cutting (FGM/C), and more than 3 million girls are at risk for cutting each year on the African continent alone.

Zero Tolerance Day originated on Feb. 6, 2003, when the first lady of Nigeria, Mrs. Stella Obasanjo, officially declared “Zero Tolerance to FGM” in Africa during a conference organized by the Inter-African Committee on Traditional Practices Affecting the Health of Women and Children. Since then, this day has been observed around the world. As we commemorate Feb. 6, we should acknowledge the bravery of those who first spoke out against it and recent hard-won successes. But we must also recognize the still-overwhelming challenges and those leaders who are continuing to work on the front lines to make change.

The last decade has seen progress toward abandonment. Studies have looked at the physical, emotional, and mental effects of FGM/C. Research has deepened our understanding of the diverse reasons for the continuation of the practice, providing insights about the origins and social dynamics that lead to its continuation. Reflecting the work of dedicated advocates, most practicing countries have passed laws banning FGM/C, and prevalence is beginning to decline in some countries.

Sierra Leone has no laws prohibiting FGM/C. However, prevalence rates have decreased from 94 percent in 2006 to 88 percent in 2010 according to the Demographic and Health Survey. A separate study found that while matters related to FGM/C remain largely decided by the women of the family, men may play a more important role than previously known. The study also uncovered evidence that the practice is becoming medicalized, with health professionals performing FGM/C. These findings suggest that targeting men and health personnel could be key in efforts to abandon the practice.

In the past year, Article 15 of the new constitution of Somalia has specifically prohibited FGM/C. In a country where an estimated 98 percent of women have undergone the practice, there is no doubt that translating the law into action will still be challenging. However, the high level of approval for the constitution as well as the positive example of efforts in neighboring Somaliland, provide hope that the region is moving in the right direction.

Yet challenges remain, even within countries where advances have been realized. In Malaysia, the health ministry is moving to reclassify FGM/C as a medical practice among Muslims. In 2009, a fatwa, or religious decree, from the country’s National Council of Islamic Religious Affairs made it obligatory for Muslim women to undergo the practice. Recent statistics show that more than 90 percent of Malay Muslim women and girls have been cut.

While FGM/C has been outlawed in Cote d’Ivoire since 1998, it still occurs in many areas. Preliminary results from the 2012 Demographic and Health Survey show that FGM/C prevalence among women ages 15 to 49 in Cote d’Ivoire remains at 38 percent, compared to 36.4 percent in a survey six years ago. At the same time, and encouragingly, the 2012 survey shows only a 16 percent prevalence rate among women with secondary education or higher.

Donna Clifton is a communications specialist, International Programs, and Charlotte Feldman-Jacobs is program director, Gender, at the Population Reference Bureau.