A Demographic Profile of U.S. Workers Around the Clock

The nature of work continues to change dramatically with the extension of work operations around the clock being one of the most striking alterations. Approximately two in every five workers in the United States work mostly during nonstandard times—evenings, nights, rotating shifts, or weekends.1

Jobs where employees typically work outside of the traditional work shift are among occupations with the largest projected growth in the next decade.2 This anticipated growth has raised concerns over problems faced by employees who work at nonstandard times, such as work hazards, family stability, and substance abuse.3

Most U.S. workers (approximately three-fourths) start their workday in the four-hour span between 6 a.m. and 10 a.m.4 Yet, about one in 11 workers reports to work much earlier (between midnight and 6 a.m.).

Other workers initiate their work shift later in the morning, afternoon, or evening. Seven percent of workers arrive at work between 10 a.m. and 2 p.m.; close to 8 percent arrive between 2 p.m. and 6 p.m.; and 3.5 percent start work between 6 p.m. and midnight.

Socioeconomic Variations in the Workforce

The poor (those with family incomes below the poverty level) are more likely than the nonpoor to enter work at nonstandard times—between 10 a.m. and 2 a.m. Given their numbers, the poor are at least twice as likely to report to work during the 3 p.m. to 7 p.m. period, when many American workers are already home.

The socioeconomic standing of workers across the clock varies in other ways too (see Figure 1). For example, employees entering the workplace between 7 a.m. and 10 a.m. tend to be more educated, work in occupations that are more prestigious, and have higher earnings compared with those arriving at work at other hours.

* Ratios are based on the respective socioeconomic levels of workers starting work at a given time relative to the respective socioeconomic level of all workers (regardless of when they started their workday).
Source: Author’s calculations based on data from the 2006 American Community Survey 1% Public Use Sample obtained from the Integrated Public Use Microdata Series.

Workers who go to work late at night or during the early morning hours have the lowest levels of education. The occupational prestige is lowest among those who start work during mid-afternoon and between late night and midnight/early morning hours. Finally, wages tend to be lowest among workers who begin their workday between the late morning and the afternoon.

Racial/Ethnic Variations in the Workforce

Whites are far more likely to have standard work shifts—arriving at work between 6 a.m. and 10 a.m. (see Figure 2). They are the least likely to begin their workday between 7 p.m. and 5 a.m.

Source: Author’s calculations based on data from the 2006 American Community Survey 1% Public Use Sample obtained from the Integrated Public Use Microdata Series.

In contrast, blacks and Latinos disproportionately work during less traditional hours. For example, blacks are more likely to arrive at work between midnight and 5 a.m. and between 11 a.m. and noon. They are especially overrepresented among those who begin work during the evening, late night, and midnight/early morning hours.

Other Demographic Variations in the Workforce

The demography of the workforce varies as the day wears on. The median age ranges from 24 (those arriving at work between 4 p.m. and 5 p.m.) to 42 (arriving between 2 a.m. to 3 a.m. and between 4 a.m. and 8 a.m.). The workforce is the most youthful (median age under 30) among those who start work between 3 p.m. and 6 p.m., reflecting the presence of students with after-school jobs.

Work during the evening, late night, and midnight/early morning hours is associated with elevated risks concerning work hazards, family dissolution, health problems, and substance abuse.5 These risks add to the already vulnerable lives that many workers on the margins of society confront. Furthermore, nonstandard work schedules marginalize people from the course of “normal” social life, such as children’s school activities and medical appointments. Finally, daycare facilities are typically not available for many parents who hold nonstandard work schedules.

Projections suggest that more employees will work at nonstandard times in the near future. Indeed, the 30 occupations with the largest projected job growth between 2006 and 2016 include those with nonstandard work schedules such as cashiers; truck drivers; registered nurses; nursing aides, orderlies and attendants; security guards; and janitors and cleaners.6 Policymakers and employers need to develop policies and practices that adequately reward workers who work nonstandard work shifts and protect them from the many problems that they encounter.

Rogelio Saenz is professor of sociology at Texas A&M University. The author acknowledges the helpful comments and suggestions of Ellen Carnevale, Eugenia Conde-Dudding, Karen Manges Douglas, and Mark Mather on an earlier draft of this report. 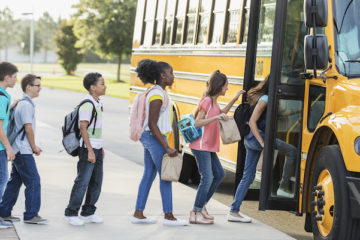