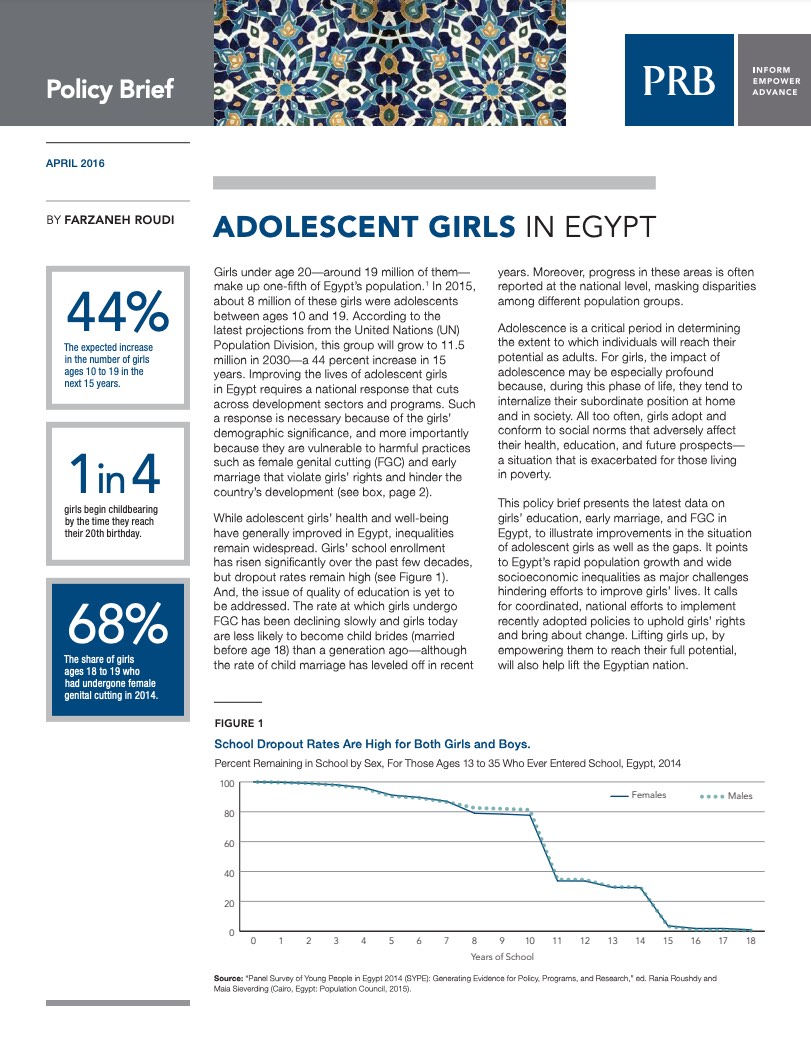 (April 2016) This PRB policy brief explores the lives of adolescent girls in Egypt. A national response that cuts across development sectors and programs is necessary because of the girls’ demographic significance and more importantly because they are vulnerable to harmful practices such as female genital cutting (FGC) and early marriage that violate girls’ rights and hinder the country’s development.

Girls under age 20—around 19 million of them—make up one-fifth of Egypt’s population. In 2015, about 8 million of these girls were adolescents between ages 10 and 19. According to the latest projections from the United Nations (UN) Population Division, this group will grow to 11.5 million in 2030—a 44 percent increase in 15 years.

While adolescent girls’ health and well-being have generally improved in Egypt, inequalities remain widespread. Girls’ school enrollment has risen significantly over the past few decades, but dropout rates remain high. The rate at which girls undergo FGC has been declining slowly and girls today are less likely to become child brides (married before age 18) than a generation ago—although the rate of child marriage has leveled off in recent years. 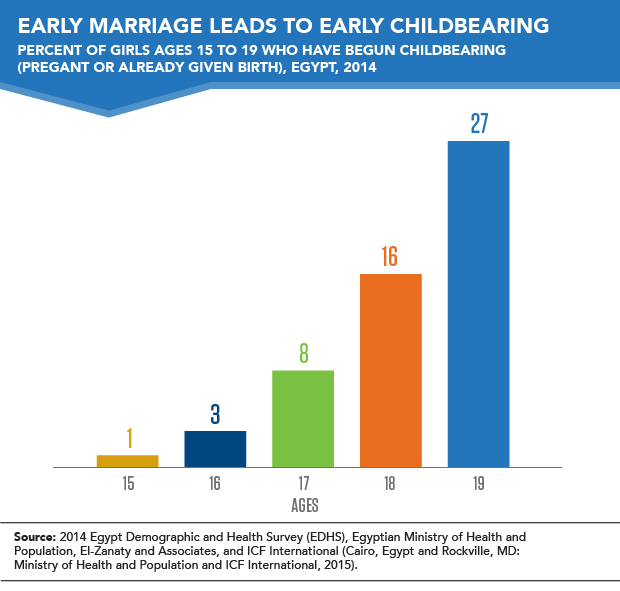