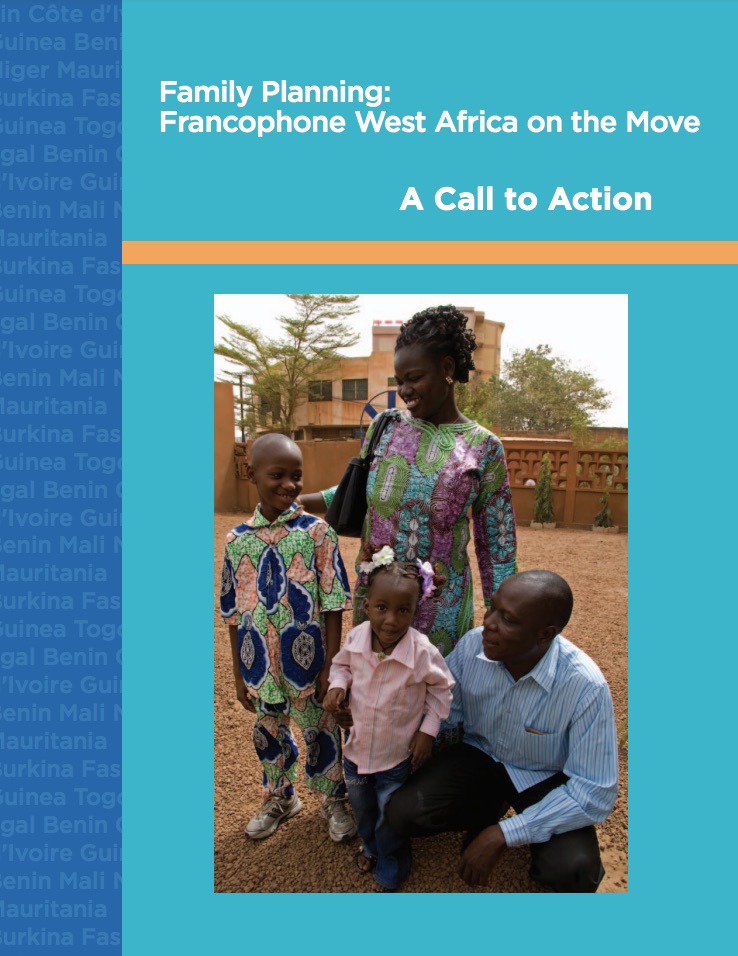 (October 2012) Although family planning use is increasing in the majority of developing countries, West Africa is lagging behind. Fertility rates among the French-speaking countries of the region remain high with an average of 5.5 births per woman, and 28 percent of women of reproductive age have an unmet need for family planning—one of the highest rates of any region globally.

The recently released report—Family Planning: Francophone West Africa on the Move—is a call to action, compiled by members of the Ouagadougou Partnership and other experts in family planning from West Africa. The report presents targeted areas of investments in family planning to spur progress in the region, and provides recommendations for strengthening services, mobilizing political commitment and resources, and coordinating actions. The report is also designed to serve as an advocacy tool for high-level policymakers, government officials, parliamentarians, civil society, community leaders, and other potential partners.

Building Off the Ouagadougou Conference

In February 2011, representatives from eight francophone West African countries attended the “Population, Development, and Family Planning in West Africa: An Urgency for Action” conference in Ouagadougou, Burkina Faso, to discuss how to accelerate progress. Participating countries included Benin, Burkina Faso, Guinea, Mali, Mauritania, Niger, Senegal, and Togo, with Cote d’Ivoire joining the initiative later. Country delegations arrived at an important consensus, all agreeing to take concrete actions to increase the uptake of family planning in their respective countries. In addition, at the conclusion of the conference, participants issued a call to action through the Ouagadougou Declaration (see Box).

A similar commitment formed among the donors at the conference, who joined together to improve coordination and provide support for family planning at the country and regional levels. Spearheaded by the United States Agency for International Development (USAID) and the French government, the partnership includes the French Agency for Development, the French Ministry of Foreign and European Affairs, the Bill & Melinda Gates Foundation, the William and Flora Hewlett Foundation, the West African Health Organization, the World Bank, the David and Lucile Packard Foundation, the African Development Bank, the United Nations Population Fund (UNFPA), World Health Organization (WHO), Germany/KFW and GIZ, and the European Commission, among others.