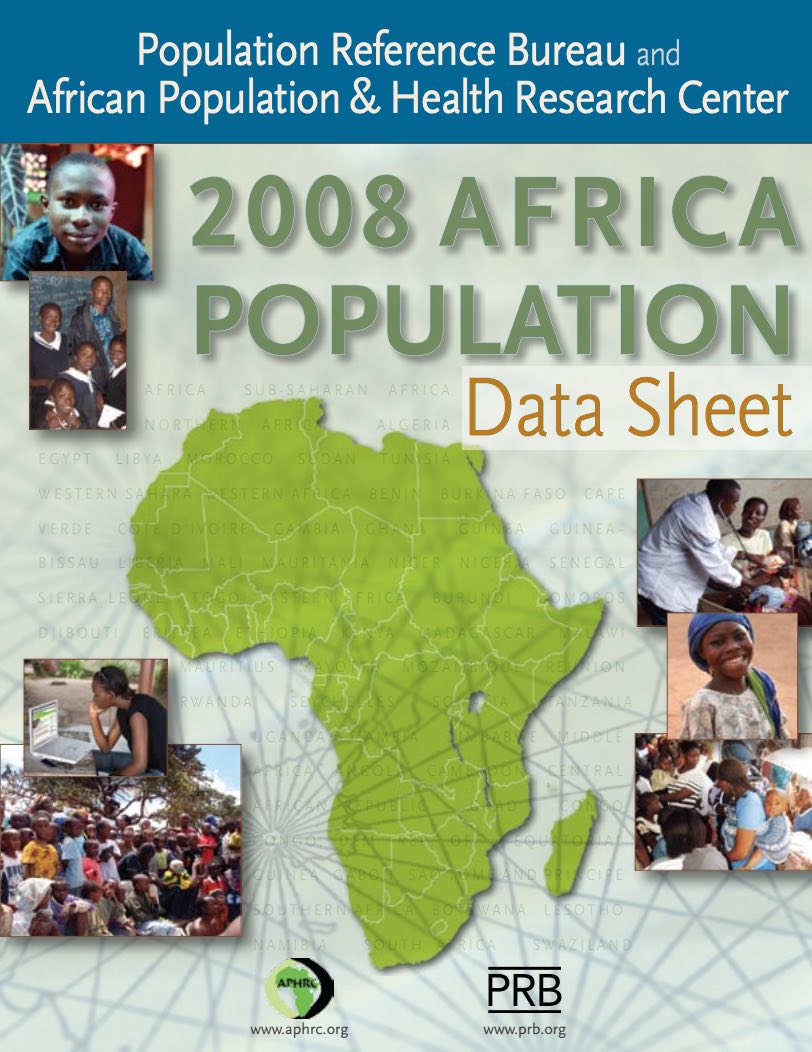 (October 2008) Even as African women use family planning more and bear fewer children, the continent’s youthful population will fuel the continent’s growth for many decades to come. Africa’s population of 967 million is projected to grow to 1.9 billion by 2050, according to the 2008 Africa Population Data Sheet, produced by the Population Reference Bureau (PRB) and the African Population and Health Research Center (APHRC).

The report highlights the regional differences within Africa, especially between sub-Saharan and Northern Africa. Contraceptive use has increased fastest in Northern and Southern Africa, and as a result, the number of children the average woman in those regions has during her lifetime has dropped from nearly six children in the early 1980s to around three in 2005. This has slowed population growth in those regions. In most Eastern, Western, and Middle African countries, however, use of family planning remains low, and fertility rates have dropped little, with women averaging between five and six children.

Educational attainment, considered an important element in reducing poverty, has increased in many countries, especially at the primary level. But fewer than 75 percent of primary school-age children were enrolled in primary school in Chad, Ethiopia, Nigeria, and several other countries. African countries have made less progress getting children to advance to secondary school. For all of sub-Saharan Africa, the average net enrollment for secondary school is 28 percent.

The 2008 Africa Population Data Sheet also includes a series of indicators on population growth, urbanization, family planning use, teenage motherhood, HIV/AIDS, and gross national income per capita for African countries. It was a collaborative project involving staff at PRB in Washington, D.C., and APHRC in Nairobi.