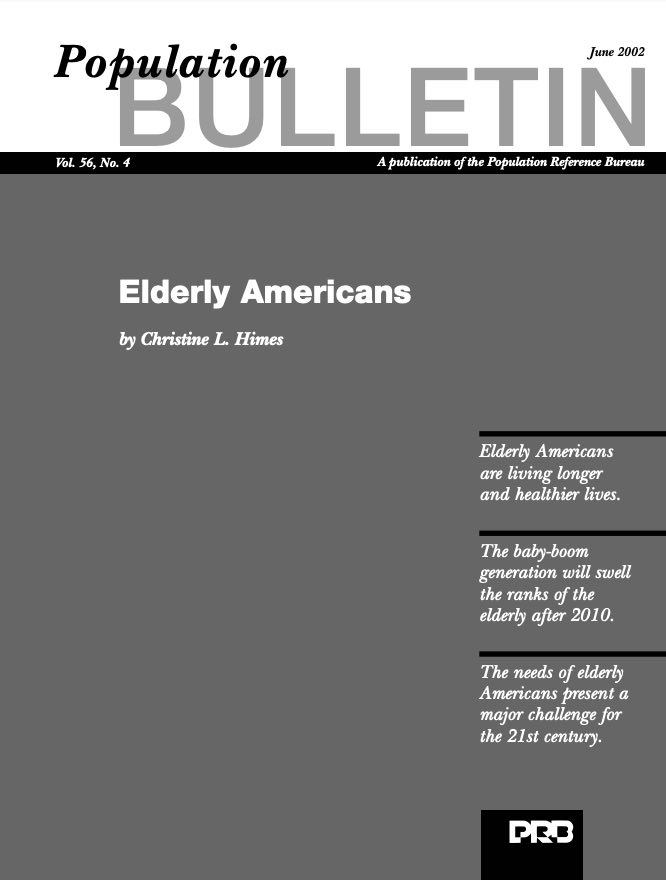 (April 2003) Reaching age 100 has long fascinated society. The century mark holds an almost mystical importance as a seal of hardiness and good health — the sign of a life well-lived. People who reach 100 are regularly feted in newspaper stories, television broadcasts, and family parties. Some get birthday greetings from the White House. As life expectancy increases, an increasing number of Americans are attaining this milestone.

Centenarians have a unique perspective on our recent history. Americans who reached age 100 in 2000 were born at the dawn of the 20th century. They were too young to participate in World War I and reached adulthood as the world was gripped by the 1918 influenza epidemic. This group was forming its families as the Great Depression started and had some of the highest rates of childlessness recorded in the United States. The advent of World War II found many of them too old to be called into service, but they were a vital force in stateside war efforts. Today’s centenarians reached retirement age as the United States entered the Vietnam War and social turmoil of the 1960s and 1970s. They witnessed remarkable and unprecedented technological and medical advances in their lifetimes.

Centenarians may hold the key to the limits of life and are a new and fascinating focus for medical and social research. Researchers are examining their physical and mental health, their genes, their families, and their lifestyles, trying to unlock the secrets of long life.

The growth in the number of centenarians in the world is remarkable. Accurate records are difficult to come by before the 20th century, although there have been claims of super longevity throughout history, such as the story of 969-year-old Methuselah in the Bible. Other examples of supercentenarian status are found in age claims of 122 years for St. Patrick of Ireland, 152 years for Englishman Thomas Parr (1483-1635), and groups of individuals in Bulgaria, Kashmir, and the Andes. Rigorous investigation of these claims, however, finds no evidence to support them. Some speculate that before 1900 the incidence of centenarians may have been as small as one per century. In small countries, like Denmark, researchers find little evidence of centenarians before the 19th century.1 Given the rarity of living to age 100, it is possible that few populations were large enough until recently to produce any centenarians.

Verification of age is very difficult, even today. Many centenarians do not have birth records or other documents to confirm their stated age. Verification of age entails collecting credible and corroborating evidence from a variety of sources, including interviews with the person when possible. Reported life events are checked for consistency with historical records and documents. Verification becomes more difficult the older the individual and after his or her death.

The oldest known age ever attained was by Jeanne Calment, a Frenchwoman who died in 1997 at the age of 122. Ms. Calment is also the only documented case of a person living past 120, which many scientists had pegged as the upper limit of the human lifespan. In April 2003, the oldest living woman appears to be 115-year-old Kamato Hongo of Japan, born in 1887. The oldest living American woman is Californian Mary Christian, age 113.

The oldest documented age for a man is believed to be a Danish immigrant to the United States, Christian Mortensen, who died in 1998 at age 115. One man, Shigechiyo Izumi, is often reported as having reached the age of 120 before his death in 1986 in Japan, but his age has not been verified. Yukichi Chuganji, reaching age 114 in 2003, is believed to be the oldest living man. Maine resident Fred Harold Hall is the oldest living American man — at 112 years of age.

Some 50,000 Americans were reported as centenarians in the 2000 U.S. Census (see figure). Centenarians account for less than 0.2 percent of the 35 million persons age 65 or older, and there is wide agreement that this is an overestimate because of chronic overreporting at the oldest ages.2 Reliable counts for 1990 by the Social Security Administration, for example, put the number of centenarians as closer to 28,000 than the 37,000 reported in the 1990 Census.

Centenarians are not necessarily in poor health or suffering from chronic disabilities. About 20 percent of the centenarians in the 1990 Census reported no disabilities, although they reported considerably more health problems than people in their 80s.3

What accounts for extreme longevity? It is likely that a combination of genetics, lifestyle, and luck4 are responsible for a long life. As public health measures advanced early in the 20th century, cleaner water, vaccination campaigns, and better personal hygiene allowed more people to live to older ages. More recently, treatments for heart disease, cancer, and other chronic diseases have extended life at the upper extremes. A wide-ranging study of the genetic, physical, mental, and emotional characteristics of centenarians by Harvard University’s Thomas Perls suggests that genetic factors play a large role in longevity, although Perls also acknowledges the importance of lifestyle and attitude.5

Christine L. Himes is associate professor of sociology and senior research analyst at the Center for Policy Research at Syracuse University. 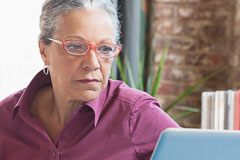