America's Diversity: On the Edge of Two Centuries 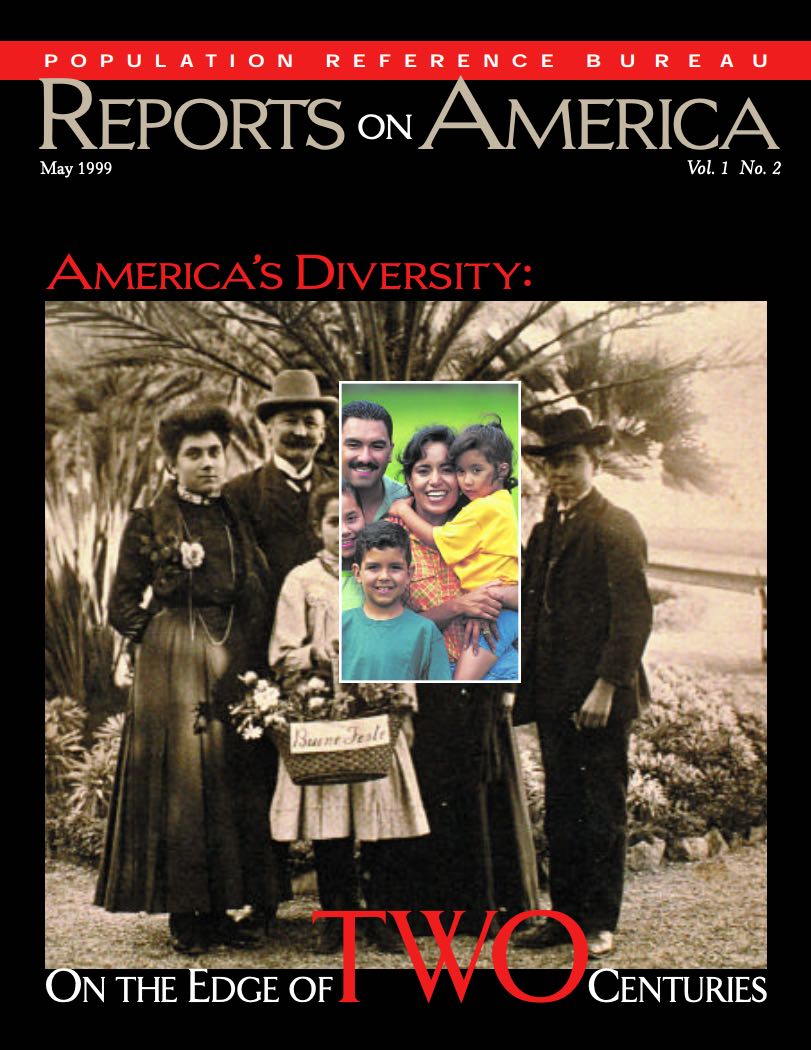 Reports on America, vol.1, no. 2. America’s Diversity: On the Edge of Two Centuries

(May 1999) The “Y2K” problem has come to symbolize everything that could possibly go wrong on Jan.1, 2000, when computers are supposed to balk at the arrival of the new millennium. But the end of the last millennium also presented technological challenges that created public anxiety, although the problems associated with the telephone, electricity and the automobile now seem relatively benign compared with the potential havoc that computer breakdowns might generate.

On the brink of the 21st century, it is useful for us to consider other similarities to the end of the 19th century when assessing how American society has changed and how it remains the same. This report on America’s diversity will highlight how demographic data from the edge of two centuries can be used to inform public policy. Two significant issues, for example, are as important today as they were 100 years ago.

Immigration is one. The number of immigrants entering the country is at its highest point since 1900, and we are still concerned about who moves to this country, whether they will work, if they should receive public assistance, and where they will ultimately live.

Racial diversity is a related and equally important demographic issue on the national agenda. African Americans migrated involuntarily to this country as slaves, a legacy that continues to jeopardize the quality of race relations.

How to form “a more perfect union” from a population as diverse as that of the United States has created some of the most intense and important public debates in American history. On one side are those who believe that ethnic and racial boundaries should be erased through assimilation of immigrants to achieve a “melting pot” society. On the other side are those who think that maintaining (or accentuating) racial and ethnic differences creates a stronger pluralistic society- a “mosaic.”

Interestingly, Americans exhibit support for both sides of the debate. A national survey conducted in 1994 by the National Opinion Research Center showed that about one-third of Americans thought pluralism was the best route, about one-third endorsed assimilation, and about one-third expressed opinions right in the middle.

We lack comparable survey data from the end of the last century, but anecdotal evidence suggests a long history of ambivalence toward immigration and diversity that continues to drive all kinds of change in American society.

This report places contemporary concerns about immigration and race relations, and assimilation and pluralism, in historical perspective by reviewing similarities and differences between the 1890s and the 1990s—the edge of two centuries.

Daphne Spain is professor of urban and environmental planning in the School of Architecture at the University of Virginia.