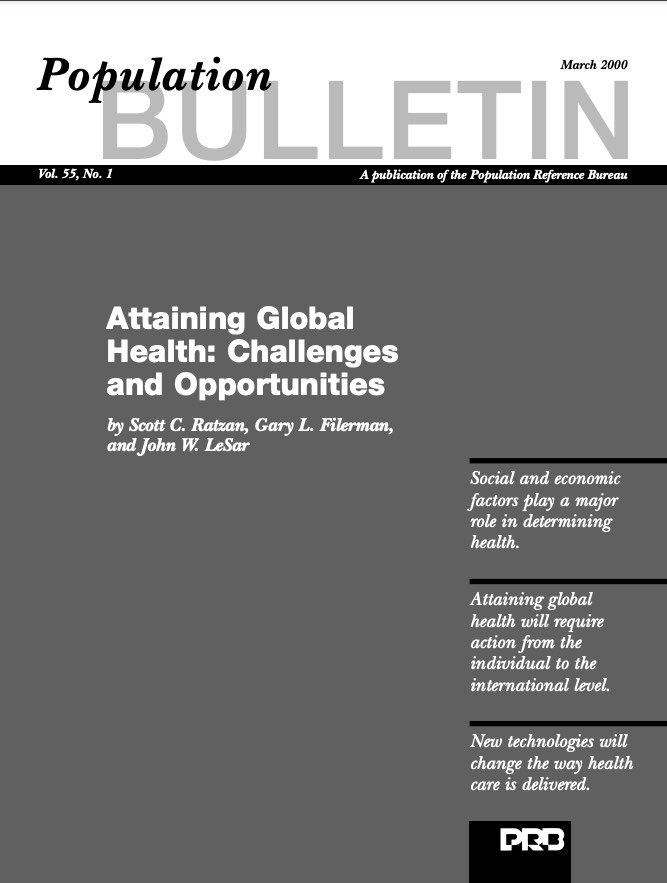 (March 2000) The 20th century witnessed a revolution in human health and well-being. Average life expectancy at birth in many industrialized countries nearly doubled from around 45 years in 1900 to more than 70 years in 1999. Less developed countries also enjoyed dramatic, albeit less extensive, improvements in living standards and declines in mortality. The sweeping improvements in health and success at controlling such ancient human foes as smallpox and cholera created expectations that everyone could attain good health.

As some health threats have receded, however, other threats have emerged—such as HIV/AIDS and new cancer-causing substances. Some disease-causing microbes have become resistant to medicines commonly used to treat them. Aspects of modern life appear to encourage unhealthy behavior, such as smoking and high-fat diets.

And, there is a substantial gap in mortality and disability among and within countries. A growing recognition of this disparity prompted the World Health Organization (WHO) to mount an international effort to attain “health for all.”

Can the world attain good health in the 21st century? The health revolution will continue, driven by marvelous new technologies and a wealth of new medical knowledge. These medical advances may enable health professionals to conquer these new health threats and future world citizens may live long and healthy lives. But many factors other than medical services—from the individual level to the international arena—play a role in attaining and maintaining health. A population’s educational level, economic well-being, and access to health information and services, for example, have a profound influence on health. These population characteristics reflect many socioeconomic and political variables.

This Population Bulletin will survey the health trends in more and less developed regions using the most readily available measures—mortality and morbidity—and other measures such as the disability-adjusted life year, or DALY.

The Bulletin will also assess the challenge of improving health worldwide. Although each country and population group has a unique set of cultural, ethnic, linguistic, ethical, environmental, and even genetic characteristics, there are common denominators in the global challenge to improve health: