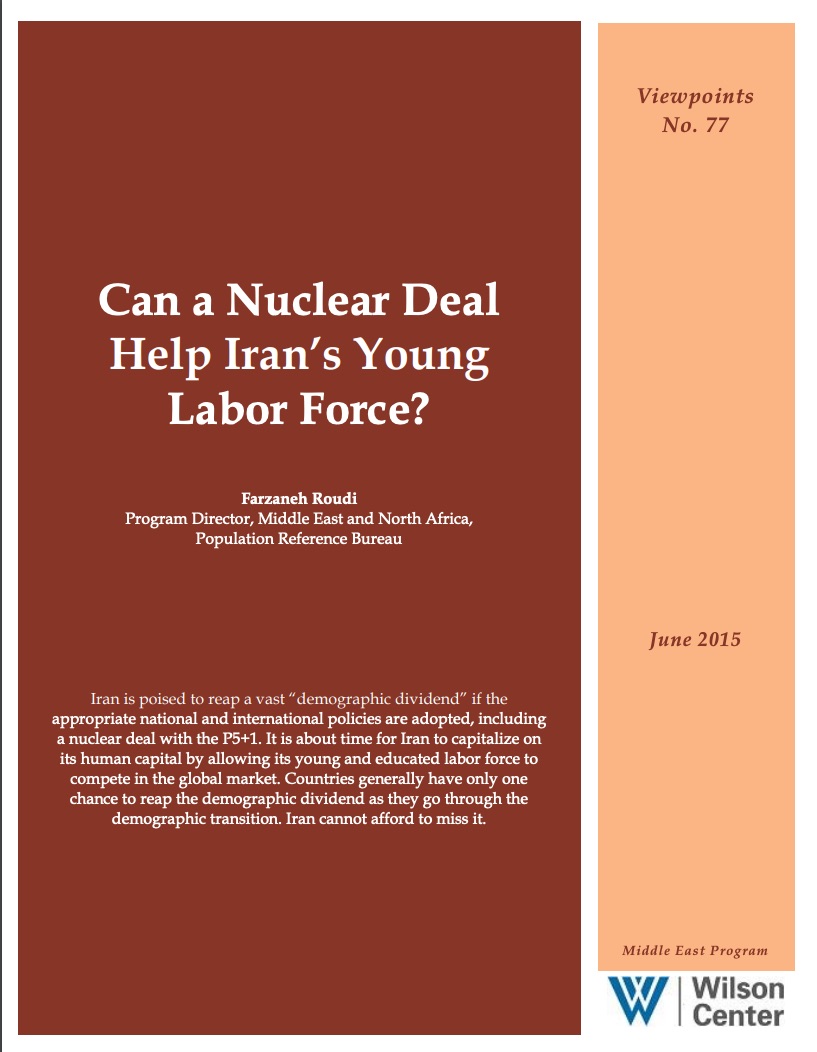 (June 2015) An article by Farzaneh Roudi, program director, Middle East and North Africa, at PRB, was published in the Wilson Center Middle East Program’s Viewpoints series. In “Can a Nuclear Deal Help Iran’s Young Labor Force?” Roudi writes, “Iran is poised to reap a vast ‘demographic dividend’ if the appropriate national and international policies are adopted, including a nuclear deal with the P5+1. It is about time for Iran to capitalize on its human capital by allowing its young and educated labor force to compete in the global market. Countries generally have only one chance to reap the demographic dividend as they go through the demographic transition. Iran cannot afford to miss it.”