As robotic technology has given us driverless cars, hands-free vacuum cleaners, and even poopless puppies, it was only a matter of time before drones entered the public health sphere. With the persistent problem of contraceptive stockouts, drones might seem to be a natural solution to maintaining a more even supply given unpredictable trends in demand. But family planning supplies do not seem to be ideal cargo―at least not yet.

Introducing drones―or unmanned aerial vehicles (UAVs), as they are known more formally within the industry―in a public health supply chain is more complex than it may seem initially.

“It’s more than just buying a drone and flying it,” said Dr. Olivier Defawe, senior manager of health systems at VillageReach, a Seattle-based nongovernmental organization that focuses on strengthening the last mile of health care delivery, most often in rural, hard-to-reach locations.1

A host of issues must be resolved first, among them:

Currently, drones for public health purposes in low-resource countries are mostly being tested for delivering vaccines, blood supplies, and lab samples for diagnostic testing, and largely as single products, not within a delivery system for different kinds of products. Much of this testing is funded by donors, and the influx of money can be unpredictable. For instance, a pilot project supported by UNFPA and the Dutch government used drones to deliver contraceptives in Ghana in 2016, but has not advanced due to lack of funding.

What Makes an Ideal Health Commodity for Last-Mile Delivery by Drone?

A January 2018 white paper, “What Should You Deliver by Unmanned Aerial Systems?”, by Chris Wright and colleagues at JSI Research & Training Institute and LLamasoft, reported on the results of their cost-effectiveness analysis, which considered categories of products where drones potentially could add value to last-mile delivery within a supply chain.2 The scenarios included emergency deliveries of life-saving medicines and safe blood for transfusions; blood has a limited shelf-life, and products like snake antivenom are not routinely stocked at rural clinics but can save a life if delivered quickly.

The delivery of patient specimens to labs for testing when a quick diagnosis is needed, such as for a transmittable disease like tuberculosis, was also listed as a potentially viable use of drones. Vaccines, too, are on the list. Though demand for vaccines is usually predictable, these products require refrigeration to retain potency, and shortening the delivery time from several days to just minutes could ensure that more usable vaccine reaches remote clinics.

The UAV-testing community seems to agree that contraceptives, by themselves, are not the ideal health commodity for delivery by drones.

The white paper also noted that resupplying out-of-stock health products is a potentially viable use of drones. Contraceptives could fall into this category. A recent study of family planning availability in 10 sub-Saharan African countries found that “very few countries had high availability of more than one contraceptive type.”3 If women cannot obtain their preferred contraceptive or a suitable substitute, they can be at risk for unwanted pregnancy.

However, the UAV-testing community seems to agree that contraceptives, by themselves, are not the ideal health commodity for delivery by drones. One reason is that they are a relatively inexpensive product, while drones are currently a relatively expensive delivery option.

“However, if contraceptives are considered… as part of a bulk delivery or multi-commodity supply chain that may include other higher-value goods also, then this could potentially become a viable option,” said Sara de la Rosa, unmanned aircraft systems coordinator for the Interagency Supply Chain Group.4

The cost of using drones for the delivery of any health products should be compared to alternative delivery methods, such as motorcycles, off-road vehicles, and boats, but other factors such as speed and health benefits like saving lives and increasing availability of medical supplies also need to be considered, said Matiko Machagge, the country team lead for JSI’s inSupply project in Tanzania and an author of the white paper.

“For drones to be cost-competitive with motorcycles, you need to have a large number of flights,” Machagge said. One way to do that is to have drones deliver various commodities, not just a single kind. “The more you combine use cases, the more flights you have, and the cheaper it becomes. So, contraceptives could be part of that.”5

For some organizations distributing contraceptives where roads do not exist or are impassable, using drones could enable better use of staff time. In Nepal, for example, midwives and nurses who work in rural clinics often must walk to the nearest supply point to pick up contraceptive supplies, which can take up to a week, during which time they are unable to attend to patients at their clinics.

Business Models Are Needed to Advance Drones in Public Health

The current state of UAVs in public health is still mostly in a testing phase, said Paul Wagner, coordinator of the UAVs for Payload Delivery Working Group, a coalition formed and governed by VillageReach. Organizations “need to be able to understand what’s cost-effective and interpret that into a business model that makes sense.”6

Cost of UAVs is an important factor. Wagner estimated that in the current market small delivery drones can cost $5,000 to $10,000, and medium-size delivery drones can run into the tens of thousands of dollars. In addition, the cost of training staff to maintain and fly them―both at central supply locations and at remote clinics―must be considered. Community engagement on the ground is also needed; in some countries, drones are sometimes associated with voodoo and witchcraft or have a military connotation.

Government regulations and authorizations also must be in place before drones can fly safely and guard against unwanted surveillance. Regulators struggle to keep pace with a rapidly advancing technology. “It’s like shooting a moving target,” VillageReach’s Defawe said.7

Despite the challenges, the California-based Zipline company is delivering blood supplies to hospitals in Rwanda, and in 2017 the government of Malawi partnered with UNICEF to open Africa’s first drone corridor, where companies and organizations can test delivery of emergency medical supplies, vaccines, and other humanitarian commodities.

Even if drones could one day resolve the problem of contraceptive stockouts, however, flying robots do not seem able to address other persistent problems that deter women from using modern methods to limit or space their pregnancies. Correcting misinformation about contraceptives and providing adequate counseling on their possible side effects still require a human touch. 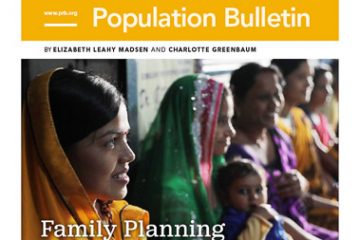 Family Planning Equity Among Youth: Where Are We Now? 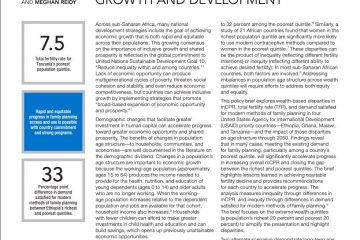 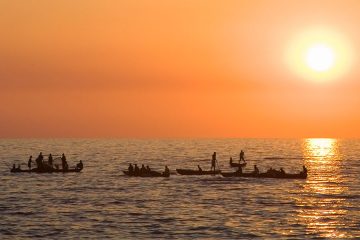