Changes in Fertility Rates Among Muslims in India, Pakistan, and Bangladesh

(April 2009) The number of Muslims worldwide is projected to grow over the next decade to reach one-quarter of the world’s population, largely because of higher fertility among Muslim populations. Yet, it is simplistic to argue that there is a specifically Islamic pattern of fertility due solely to religious influence, says Mehtab Karim, a senior research adviser and senior fellow at the Pew Forum on Religion and World Affairs. Karim visited PRB as part of its ongoing Policy Seminar series and presented findings based on the latest Demographic and Health Survey (DHS) data from India, Pakistan, and Bangladesh.

In the 1960s and 1970s, a large body of research among Western demographers argued that cultural and religious factors caused high fertility in the developing world. Muslims tended to have higher fertility rates than those in other religious groups. But starting in the mid-1980s, fertility declined in many countries where Muslims are a majority. In most cases, effective family planning programs caused fertility transitions, debunking the previous belief in religion’s role in population growth, according to Karim. Socioeconomic conditions and policies have far more impact on the average family size than religion, according to Karim’s research on the demographics of Muslims in South Asia. With over 450 million Muslims, the region has the highest concentration of Muslims worldwide. The total fertility rate (TFR), or average number of lifetime births per woman, has fallen among Muslims in India, Pakistan, and Bangladesh since the mid-1980s, following the same trend as many countries with large Muslim populations, with the exception of western Africa.

Karim sat down with PRB after the seminar to answer a few questions on his research:

What are some of the major trends in fertility rates in countries with Muslim majorities?

Well, the only major religion left out of the demographic transition was Islam until the 1980s. At least until the late 70s, the total fertility rates were quite high—6 per woman. But as a religious group, fertility started declining in predominately Muslim countries then. So the role of religion in determining family size has largely disappeared…The only exceptions where fertility hasn’t declined much in predominately Muslim countries are Somalia, Afghanistan, and Yemen.

So do socioeconomic realities have more of an impact on fertility than religion in countries with Muslim majorities?

It depends on the region…socioeconomic development played a key role in Turkey, where fertility started declining even without a very aggressive family planning program…That’s the model of fertility decline followed by Muslim countries in North Africa and Central Asia—economic development. In Southeast Asia, particularly Indonesia, followed by Bangladesh and then Iran, it was family planning programs [that affected fertility]…Different regions and countries have followed different models. Still there are certain countries that have not implemented a successful family planning program, for example, Pakistan…and there are certain countries unable to mainly because of civic strife, for example in Somalia and Afghanistan.

What are the some of the major findings from the recent DHS in India, Pakistan, and Bangladesh?

In Bangladesh and among Muslims in India, fertility has started converging…for Muslims, it has gone down to a total fertility rate of three children. In Pakistan, it is four. Pakistan is behind mainly because…the contraceptive use rate among currently married women is about half as it is in Bangladesh. Secondly, even though DHS data suggests living conditions are better—there’s a higher level of literacy in Pakistan, women get married later, which are all factors which result in lower fertility rate or high use of contraceptives—it has not happened mainly because family planning programs have not been effectively implemented.

Population growth rates and fertility can be major political issues, particularly in India. Are there common misperceptions about the Muslim rate of growth?

I think there is fear on both sides in India. Indian Muslims are officially reported to be about 13.5 percent of the population. So there is fear among them that they’re already a minority and in a democratic setting, numbers matter…The second part of the fear is that traditionally, the Muslim fertility rate has been high in India. Of course, it varies from state to state…In some Indian states where the TFR has gone down, the religious difference of TFR is very little—very similar among Hindus and Muslims. In the northern states of India where the TFR is very high, the difference is greater. There are different theories as to why Muslim fertility is high: because they don’t accept modern methods of contraceptives…or that remarriage among Muslims is allowed whereas with Hindus it’s not…And what has become evident from Government of India reports is that certain areas that are predominately Muslim, slum areas…where there is no access to primary health care or preventive care which is part of family planning programs and health workers are unable to reach Muslim women…But the census and DHS results conducted in 1992-1993, and 2005, [show] the largest decline in fertility by religion has occurred among Muslims.

The second issue that is very important is that the Indian family planning program has predominately promoted female sterilization. Many Muslim scholars believe that the permanent method of contraception is not permitted in Islam. So they are in favor of temporary methods like IUD or condoms…So India has to diversify its approach to the spread of contraceptives.

Can you discuss the difference across countries regarding contraceptive use? In Pakistan, education levels make a huge difference but less so in Bangladesh.

One very interesting thing about Bangladesh is that in terms of literacy level of women, poverty, and in percentage of population living in urban areas—three indicators of development—it is far behind Pakistan. When we look at DHS data, the most intriguing thing is in Bangladesh, whether it is literacy or levels of schooling, the contraceptive use is very similar. It means that Bangladesh’s family planning program has been able to reach everyone. The same is true for economic status of households…contraceptive use remains the same at close to 60 percent across all areas and segments of the population. Whereas in Pakistan…if the woman is illiterate, the rate is very low and if she has gone beyond secondary level of education, the rate increases about three times. The same is true if the woman is poor…

Is that due to government support of family planning in Bangladesh compared with Pakistan?

When you have an effective family planning program, it should reach everyone. In Bangladesh, it has been able to reach everyone, irrespective of level of education, urban or rural, whether they are poor or affluent. In Pakistan, because there has not been an effective family planning program, only women who are living in urban areas, more educated, or coming from upper- or middle-class families are using contraceptives…In Bangladesh, there is accessibility of everyone to contraceptives—they are almost free and health workers are able to deliver it to those who can’t afford it.

Finally, I’d like to ask about the significance of culture when looking at population growth and fertility.

One of the basic theories of fertility has been that…certain cultures support smaller family norms and others don’t. That was a theory that was pretty acceptable until the 1970s. I think a factor which had tremendous impact on the cultural transition vis a vis family planning and fertility is the concept of globalization. That includes many things, access to television for example, which has opened doors to people to understand that there’s nothing that’s culturally specific. There are certain things that play a dominant role in one culture and don’t in others. Building on that theory, I think the role of culture in determining family size is fast disappearing…There are also different patterns of culture. Bangladesh and Pakistan are both predominately Muslim countries, but culturally far apart. They speak different languages, [have] different patters of age at marriage, but what has made the most difference is the role of civil society…So it all depends on how one defines culture. I’m not a specialist in the study of culture, but what I understand is that the one beautiful thing about culture is that it doesn’t remain the same from generation to generation…Due to modernization, the impact of culture and religion is fast disappearing from determining the demographic transitions taking place. It is clearly social and economic [factors that matter] and of course, at the top of it all, what public policies each country follows. 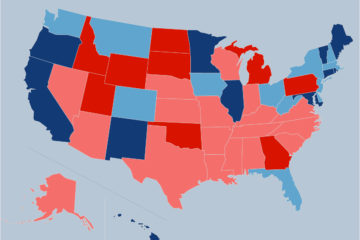 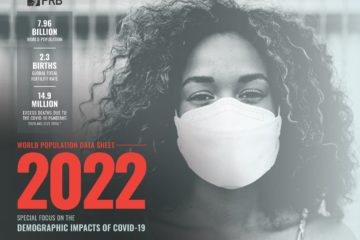 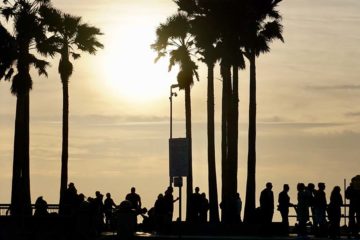