Child Mortality Rates Decline Steadily Across Much of the World

(October 2014) The child mortality rate is the number of deaths of children under 5 per 1,000 live births. The United Nations set a target for Millennium Development Goal 4: to reduce by two-thirds, between 1990 and 2015, the under-5 mortality rate. Across the globe, many countries have made significant progress in reducing child mortality. For example, child mortality in Bangladesh declined from 144 child deaths per 1,000 live births to 41, a reduction of 72 percent. The global rate in 2012 was almost one-half its 1990 rate, declining from 90 deaths per 1,000 live births to 48 in 2012. Despite these gains, many countries will fall short of the MDG target, and further progress is needed across much of sub-Saharan Africa and South Asia. 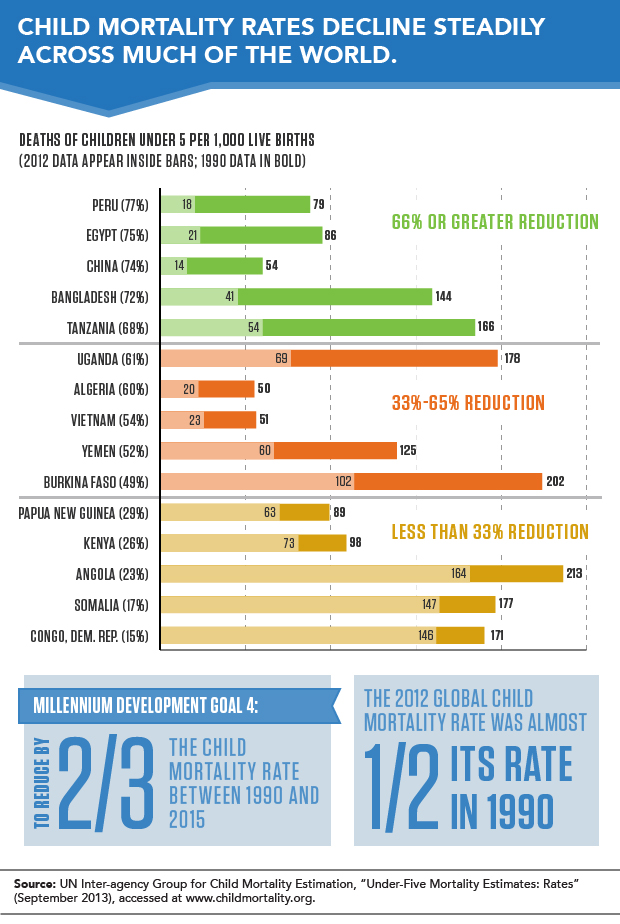