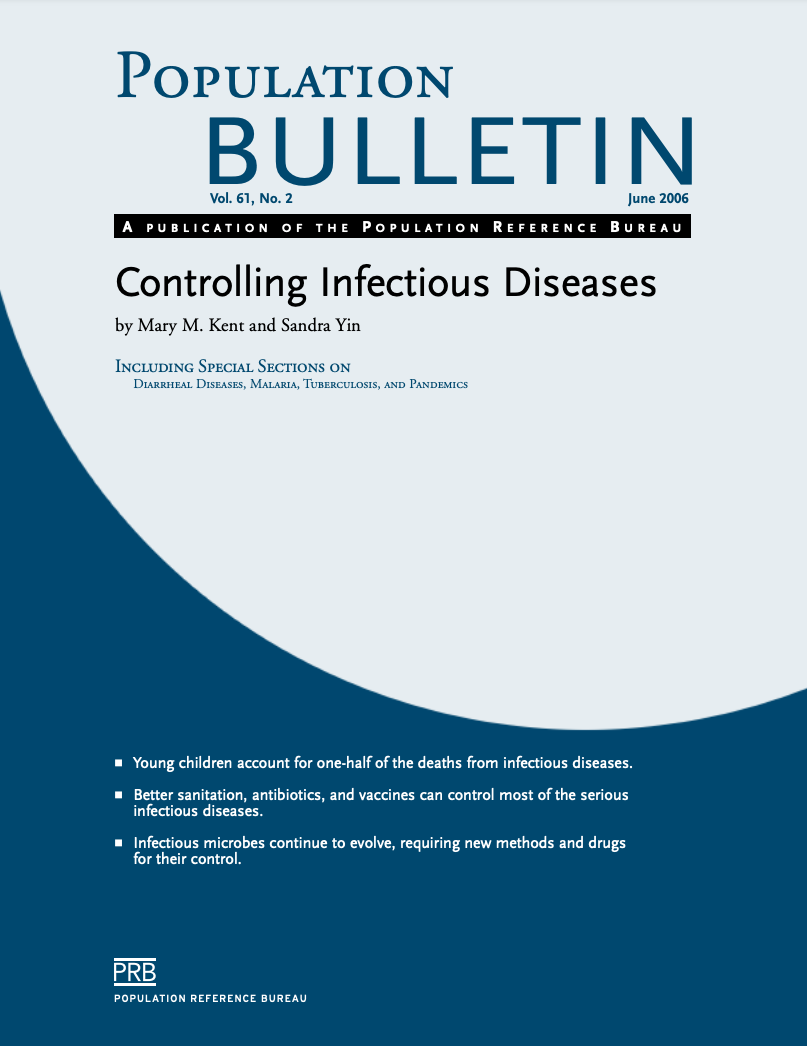 (June 2006) For most of human history, communicable diseases such as malaria, smallpox, and tuberculosis (TB) were leading causes of death. TB was the second-highest cause of death in the United States in 1900, and malaria was a major problem in the southeastern United States.

But these diseases and other infectious and parasitic diseases were effectively controlled in the United States and declined throughout much of the world in the 20th century because of improvements in sanitation and the development of vaccines and antibiotics. These advances also led to spectacular improvements in human life expectancy around the world. Today, major diseases such as smallpox and polio have been virtually wiped out, and large-scale vaccination campaigns save millions from dying of measles and whooping cough each year.

Despite this progress, however, infectious diseases still killed some 57 million people in 2002 and were responsible that year for more than 600 million lost years of healthy life. Diseases such as malaria and TB have proven especially difficult to control. Although greatly diminished worldwide, malaria has resurged in many countries and continues to be a leading cause of childhood deaths in Africa and a drag on health in other regions. Likewise, TB, which lost its grip on Europe and the United States by the mid-20th century, continues to devastate the health of millions in developing countries.

Written by Population Bulletin editor Mary Kent and PRB Associate Editor Sandra Yin, the June Population Bulletin, “Controlling Infectious Diseases,” offers an overview of infectious and parasitic diseases. It identifies high-risk groups, geographic disparities, and the impact of infectious diseases on global health. Special sections on diarrheal diseases, malaria, and tuberculosis examine the scope of the problem, populations most at risk, proven preventions, and recommended treatments. “The control of infectious and parasitic diseases is an ongoing endeavor,” lead author Mary Kent writes. “We can eliminate unnecessary death and disability, but we will always face the threat of new and evolving microbes.”