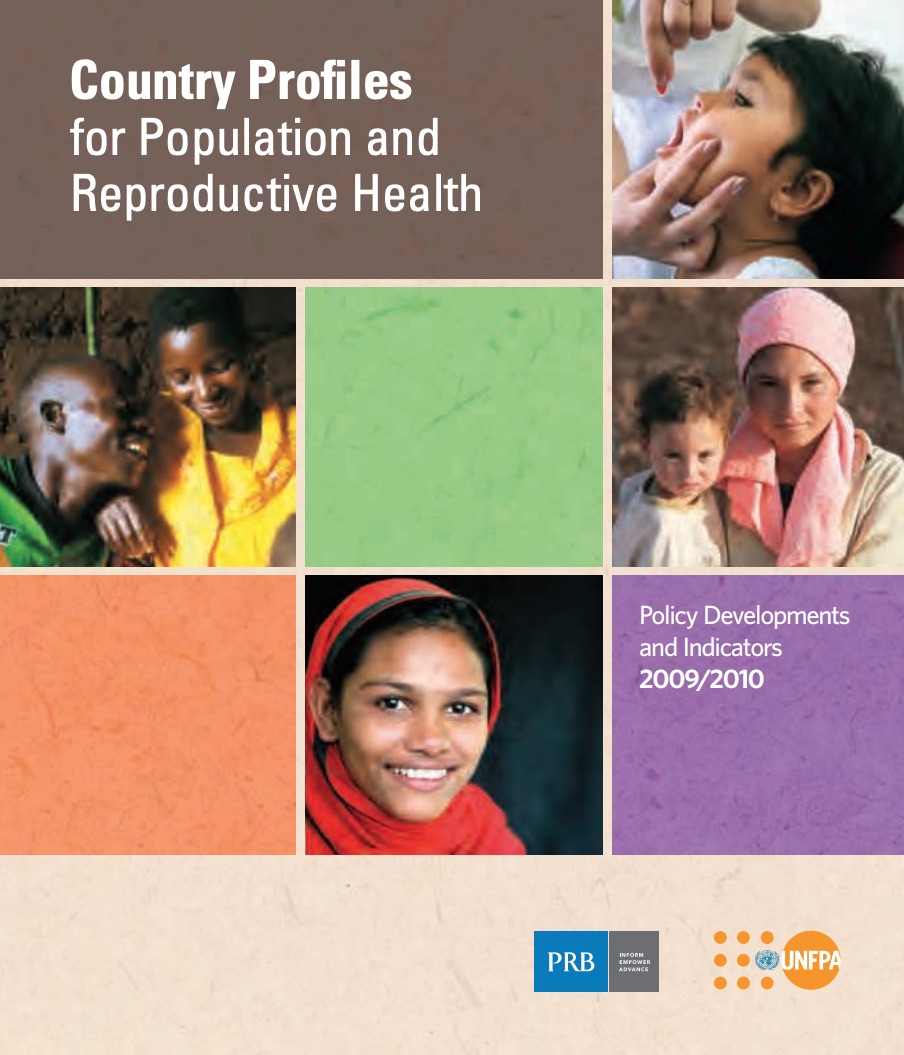 (August 2010) Mobilizing the resources to reach the International Conference on Population and Development (ICPD) and Millennium Development Goal (MDG) target of universal access to reproductive health by 2015 is essential if international development goals are to be realized. The challenge before the international community—donors and developing countries alike—is to move from declarations of good intentions to active partnerships and investments. Country Profiles for Population and Reproductive Health: Policy Developments and Indicators 2009/2010 provides an abundance of easy-to-access information that can be helpful in building the case for increased resources. Since 2003, UNFPA and the Population Reference Bureau have collaborated in publishing this book.

Each country profile has more than 100 indicators on health and development, including internal disparities, public financing for health and education, and progress toward meeting the MDGs. The regional overviews and indicators provide snapshots of the most important population and reproductive health challenges.

Country Profiles is an update of the 2005 volume. The 2009 report covers basic demographic trends; social and economic indicators; and statistics on maternal and child health, adolescent reproductive health, education, HIV/AIDS, gender equality, and reproductive health demand. All data were collected prior to November 2009. These indicators are provided for both the reference year, generally 1990, and the most recent year for which data are available. A symbol is used to highlight those indicators used for monitoring the MDGs and ICPD Programme of Action. Regional editions will also be published for Arab states, Asia and the Pacific, Eastern Europe and Central Asia, Latin America and the Caribbean, and sub-Saharan Africa.