Designing Health and Population Programs to Reach the Poor 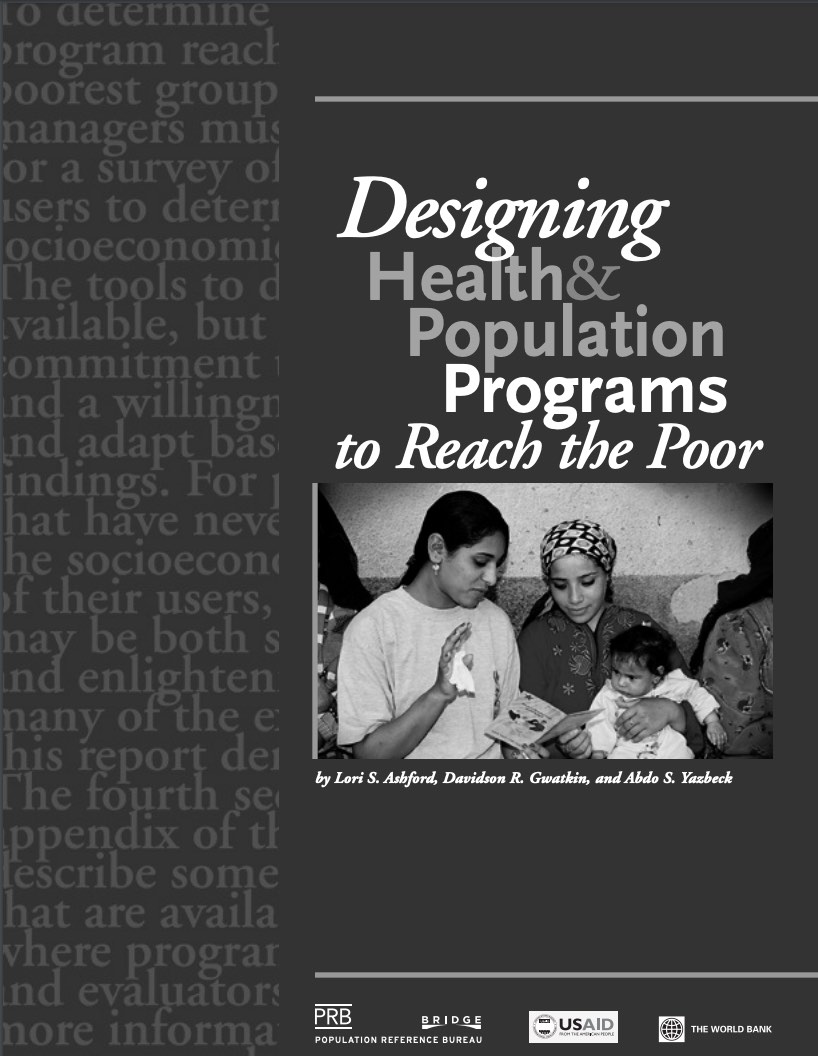 Report. Designing Health and Population Programs to Reach the Poor

(September 2006) Nearly everywhere in the developing world, health services benefit the well-off more than the poor. Even in programs designed and funded to expressly target the health needs of the poor—such as family planning, maternity care, and child nutrition—better-off groups usually capture more of the benefits by using the services more than disadvantaged groups. The poor receive less care for a variety of reasons, including lack of knowledge, lack of power, lack of access to facilities that provide decent care, unresponsive health providers, and the high cost of some services.

The report, Designing Health & Population Programs to Reach the Poor, draws from recent literature on promoting greater equity in the health sector, including the findings and lessons from the World Bank’s Reaching the Poor Program. The program, completed in 2005, sought to find and encourage the adoption of strategies to ensure that disadvantaged groups benefit more fully from health, nutrition, and population services. It aims to help those who fund, design, manage, and evaluate health and population programs in developing countries.

Successful programs in developing countries have worked to overcome these barriers to give the neediest a greater share of program benefits. Some national health programs provide universal health coverage to ensure the poor are included; others focus directly on poor communities and families, while yet others pursue a combination of both.