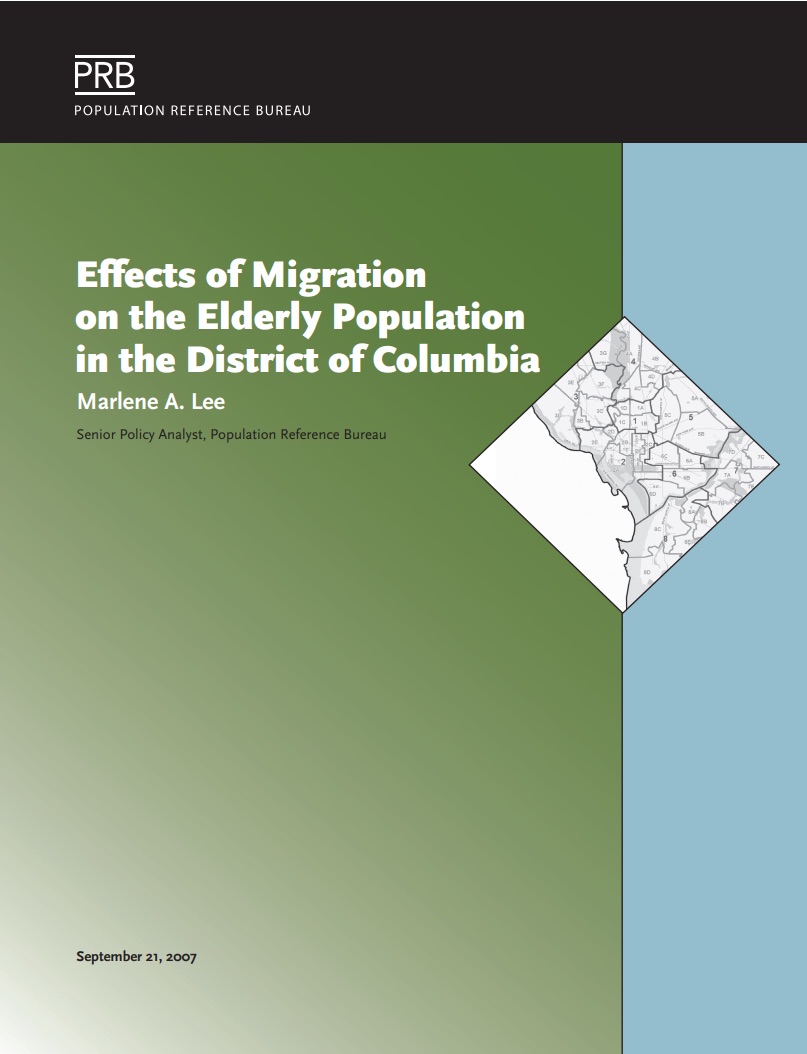 Report. Effects of Migration on the Elderly Population in the District of Columbia

(November 2007) By 2030, the population of the Washington, DC metropolitan area will increase by more than 2 million, and the population age 65 and older will double. But little is known about the current and future characteristics of the older population. Using custom data tabulations from the 2000 Census, this study, conducted by Marlene Lee, senior policy analyst at the Population Reference Bureau, examines the impact of migration on characteristics of the population age 50 and older in 2000. The study was funded by the John Edward Fowler Foundation.