Ending Female Genital Mutilation/Cutting: Lessons From a Decade of Progress 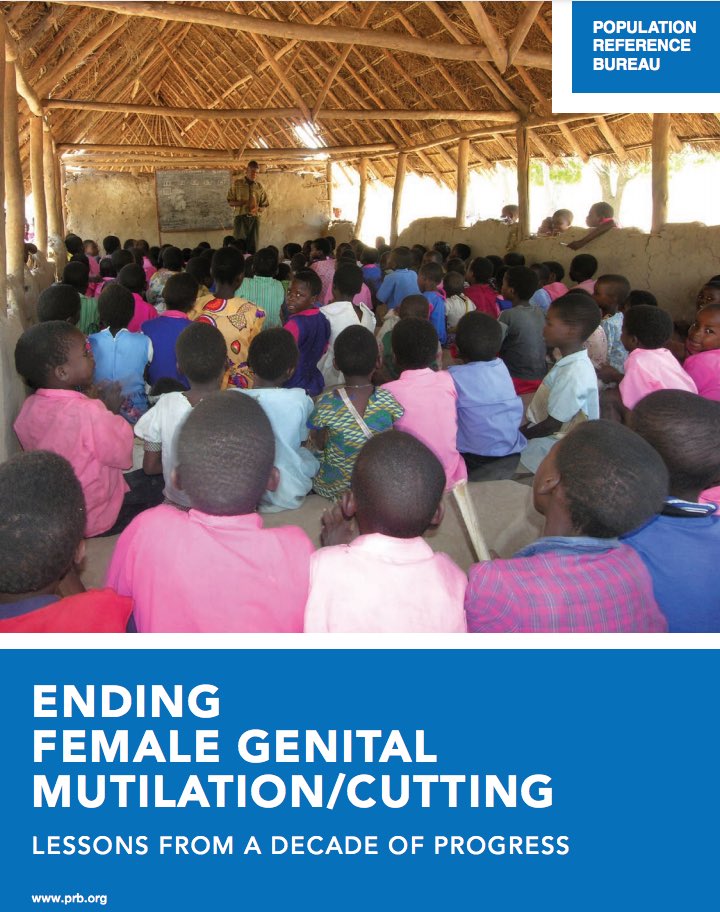 (February 2014) Over the last 20 years, significant efforts have been made at the community, national, and international levels to address the issue of female genital mutilation/cutting (FGM/C). Numerous international and national policy statements have called for an end to FGM/C, which has been recognized as a violation of girls’ and women’s human rights and an obstacle to gender equality. Program planners have implemented countless interventions to educate and empower communities to abandon the practice. Researchers have conducted important studies and evaluations have contributed to a better understanding of the prevalence of the practice and the types of procedures carried out, as well as the reasons communities continue to practice it. Research and experience have begun to lift the veil on the intended and unintended impacts of many of the strategies undertaken over the years.

The PRB report, Ending Female Genital Mutilation/Cutting: Lessons From a Decade of Progress, pulls together the lessons learned from the last decade and crafts a roadmap for how to strengthen future programs to end the practice. By looking back, policymakers and advocates will be better able to move forward decisively to create the conditions necessary to allow women and girls around the world to achieve their full potential.

In the first decade of this century progress has been made toward abandonment. Studies have looked at the physical, emotional, and mental impacts of FGM/C. Research has deepened our understanding of the diverse reasons for the continuation of the practice, providing a framework for theories about the origins and social dynamics that lead to its perpetuation. Reflecting the work of dedicated advocates, today most practicing countries have passed laws banning the practice, and prevalence is beginning to decline in some countries.

In September 2000, USAID officially incorporated elimination of FGM/C into its development agenda and created the official U.S. government policy toward FGM/C.

In February 2003, the Inter-African Committee (IAC) on Traditional Practices Affecting the Health of Women and Children held its landmark conference in Addis Ababa, Ethiopia. Many first ladies of Africa, led by the first lady of Nigeria, officially declared “Zero Tolerance to FGM” to be commemorated every year on Feb. 6. Drawing from this energy, UNICEF’s Innocenti Research Centre organized a consultation in 2004, resulting in a seminal publication, Changing A Harmful Social Convention: Female Genital Mutilation/Cutting.

In 2008, the Donors Working Group produced A Platform for Action Toward the Abandonment of FGM/C. That same year UNFPA and UNICEF formed a strategic partnership known as the UNFPA-UNICEF Joint Programme on FGM/C’s “Accelerating Change.” They have been working together, in headquarters and field offices, to develop, fund, and implement policies and programs to accelerate abandonment of FGM/C. The results of this program should inform the work of programs and governments for years to come.

In 2012, the 67th session of the United Nation’s General Assembly passed a wide-reaching resolution urging states to condemn all harmful practices that affect women and girls, in particular female genital mutilation, giving the work during this decade a powerful boost forward.

As stated by Berhane Ras-Work, founding president of the IAC and one of 12 experts on FGM/C who were interviewed for this report, “The future is bright. Success has been premised on strengthening conviction, not on using force.”

Our vision of the way forward has been sharpened by all the work that has been conducted over the years. As we have now passed a dozen anniversaries of Zero Tolerance Day, it is an opportune time to reflect and build on three key maxims that stand strong:

In the next decade those seeking the end of FGM/C will have to meet some of the same challenges not addressed in the last decade, including: