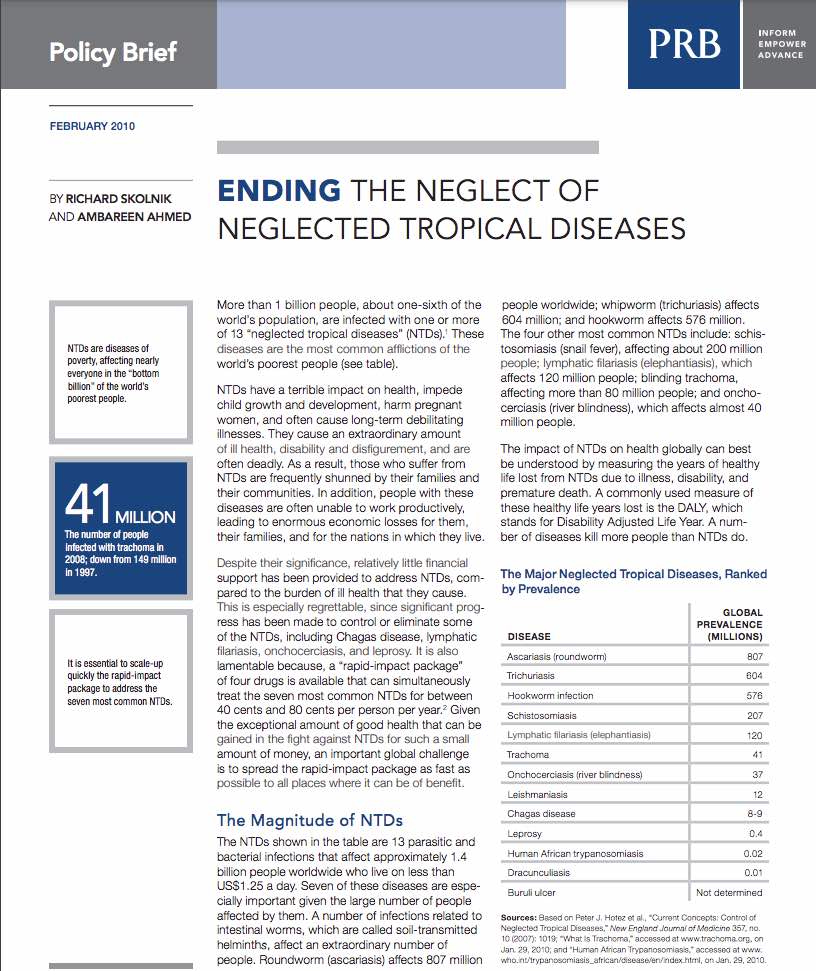 (February 2010) More than 1 billion people, about one-sixth of the world’s population, are infected with one or more of 13 neglected tropical diseases (NTDs). These diseases are the most common afflictions of the world’s poorest people.

NTDs have a terrible impact on health, impede child growth and development, harm pregnant women, and often cause long-term debilitating illnesses. They cause an extraordinary amount of ill health, disability and disfigurement, and are often deadly. As a result, those who suffer from NTDs are frequently shunned by their families and their communities. In addition, people with these diseases are often unable to work productively, leading to enormous economic losses for them, their families, and for the nations in which they live.

Despite their significance, relatively little financial support has been provided to address NTDs, compared to the burden of ill health that they cause. This is especially regrettable, since significant progress has been made to control or eliminate some of the NTDs, including Chagas disease, lymphatic filariasis, onchocerciasis, and leprosy. It is also lamentable because, a “rapid-impact package” of four drugs is available that can simultaneously treat the seven most common NTDs for between 40 cents and 80 cents per person per year. Given the exceptional amount of good health that can be gained in the fight against NTDs for such a small amount of money, an important global challenge is to spread the rapid-impact package as fast as possible to all places where it can be of benefit.