Demographers call this the “Hispanic Epidemiological Paradox.” And for nearly three decades, they have puzzled over why Hispanics’ socioeconomic disadvantages are not linked to shorter lives, as they are for other racial and ethnic groups.

While Hispanics’ poverty and education levels are closer to those of U.S. blacks, their mortality rates are more similar to non-Hispanic whites, he noted. The question is: “How do U.S. Hispanics defy the odds?”

One explanation is that cultural factors—such as better health habits and stronger networks of social support in the Hispanic community—may offer protection from some diseases and lead to longer lives.

Average Life Expectancy at Selected Ages (in Years), 2010, by Race and Ethnicity

Older U.S. Hispanics tend to be healthier than non-Hispanic whites or blacks, Hayward and his colleagues have found.1 Fatal chronic diseases—heart disease, cancer, chronic lung disease, and stroke—are much less prevalent among older Hispanics than among other racial and ethnic groups. Their analysis was based on the Health and Retirement Study, a nationally representative sample of Americans and other U.S. residents age 53 and older.

Foreign-born Hispanics who immigrated to the United States “appear to be particularly healthy,” having rates of several major chronic diseases equal to or lower than whites, Hayward reported. “Their health advantage is even more pronounced when we controlled for income and education.”

But what is at the root of this better health, particularly among the foreign born? Lower tobacco use among Hispanics is an important explanation, argue demographers Laura Blue, of Princeton University, and Andrew Fenelon, of the University of Pennsylvania. Their analysis suggests that smoking could explain close to three-quarters of the difference in life expectancy at age 50 between Hispanics and non-Hispanic whites.2 Only a small share of Hispanics smoke at all, and those who do tend to smoke fewer cigarettes than do non-Hispanics white smokers. This contributes to fewer smoking-related deaths (particularly from lung cancers and respiratory diseases) among Hispanics than among other groups.

Hayward and his colleagues offer more evidence on the power of smoking to shorten lives and explain Hispanics’ longer lives.3 They probed mortality differences among Americans ages 50 and older, paying attention to race, ethnicity, and country of birth. When they eliminated all smokers from their analysis, foreign-born Hispanics’ life expectancy did not significantly exceed that for non-Hispanic whites. In addition, U.S.-born Hispanics’ life expectancy dropped below that for non-Hispanic whites.

“Given that many older non-Hispanic whites in the birth cohorts represented in current studies have a legacy of smoking that most foreign-born Hispanics don’t share, it isn’t surprising that smoking plays such an important role,” he said.

Are Hispanics’ relatively healthier than other groups just because very few “light up” or are there additional dynamics involved, Hayward wonders. Their health habits are not uniformly better than non-Hispanic whites: Older foreign-born Hispanics (ages 50 and older) are less likely to smoke and drink than whites, they are just as likely to be obese and they exercise about the same amount (which is, on average, not very much), he noted.

“Perhaps foreign-born Hispanics were thinner when they were younger, so they have had less lifelong exposure to obesity,” he said. “We have no way of knowing this given the way data are collected.”

And not everything about life in a Hispanic neighborhood is healthy. As part of a larger study on atherosclerosis, researchers tracked Hispanics living in neighborhoods with high concentrations of Latin American-born immigrants. They found that older Hispanics tended to consume low levels of high-fat foods but also did not get much physical activity.4 Living in an immigrant enclave is not uniformly conducive to good health, they concluded.

Researchers don’t know what mix of habits buffer Hispanics from chronic diseases. It could be a combination of social support through family and church, physically demanding work early in life, traditional diets, and limited smoking, Hayward suggested.

Immigration of the Fittest

Migration patterns play an especially important role in older U.S. Hispanics’ puzzling advantages. Immigrants who leave the United States to return to their birthplace may do so when their health deteriorates (called return-migration effect or “salmon bias,” referring to the way salmon swim upstream near the end of life).

Demographers Alberto Palloni, of the University of Wisconsin-Madison, and Elizabeth Arias, of the National Center for Health Statistics, explored a number of different sets of data and found evidence that older Mexican-born Hispanics return to Mexico when ill, potentially inflating U.S. life expectancy rates.5 Examining Social Security data, Cassio Turra, of the Universidade Federal de Minas Gerais, Brazil, and Irma Elo, of the University of Pennsylvania, found that foreign-born Hispanics who left the United States had higher mortality levels than those who remained, particularly among the most recent returnees.6 While the share of Hispanics who returned to their countries of origin was too small to fully explain Hispanics’ longer life expectancy, it is a piece to the puzzle.

Hispanics who migrate to the United States also tend to be healthier than their peers who do not leave their home country (known as a selection effect). Recently, demographers Fernando Riosmena, of the University of Colorado at Boulder, Rebeca Wong, of the University of Texas Medical Branch, and Palloni found “modest” evidence of both selection and return migration when they compared four groups of men ages 50 and older—Mexican-born men with experience living in the United States, Mexican-born men who never lived in the United States, U.S.-born men of Mexican descent, and U.S. non-Hispanic whites.7 Using nationally representative data from both the U.S. National Health Interview Survey and the Mexican Health and Aging Study, they examined self-reported health, hypertension, obesity, and diabetes.

Returnees were more than three times more likely to rate their health as fair or poor, compared to their Mexican-born peers who remained in the United States, offering evidence of a return-migration effect. Also, nonmigrants were about 1.5 inches shorter than migrants, suggesting a selection effect. Surveying their results across multiple measures, the authors concluded that emigration selection plays a stronger role than return migration.

While foreign-born U.S. Hispanics live longer than other U.S. groups, they appear to spend more of those years disabled, according to Hayward. One preliminary study suggests that disability levels rise steeply among foreign-born Hispanic men after age 50, making them more likely to be disabled than non-Hispanic white men between ages 50 and 75.8

The physical jobs they spent their lives working could explain the pattern, he speculated. While foreign-born Hispanic men may have been healthier than average at the start, manual labor likely took a physical toll and caught up with them later in life.

Disability also is a function of job options and education, he noted. With the right education and skills, someone with back problems can continue working at a desk job but harvesting crops becomes difficult, for example.

Hayward expects the Hispanic advantage in life expectancy to diminish somewhat over time because “there’s strong evidence that the second generation Hispanics [the U.S.-born children of foreign-born immigrants] become acculturated and adopt behaviors such as smoking.” Their health is more consistent with their education and poverty levels, more similar to non-Hispanic whites and African Americans, he said.

“We see a big divide by nativity among Hispanics; the Hispanic paradox is mostly a story about the foreign born,” he said. 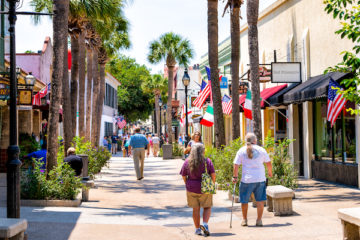 Rising Obesity in an Aging America