(October 2014) In 2010, five years ahead of the target date of 2015, the world reached the United Nations Millennium Development Goal 1: cutting in half the proportion of people living in extreme poverty. While this global progress is outstanding, progress in particular countries and regions is not as strong. Globally, 1.2 billion people still live on less than $1.25 a day, and disproportionately large numbers of them live in southern Asia and sub-Saharan Africa. While the rate of extreme poverty fell significantly in China and India, their large populations (more than 2.5 billion combined) mean that they are two of the top five countries that have the largest share of the global extreme poor. 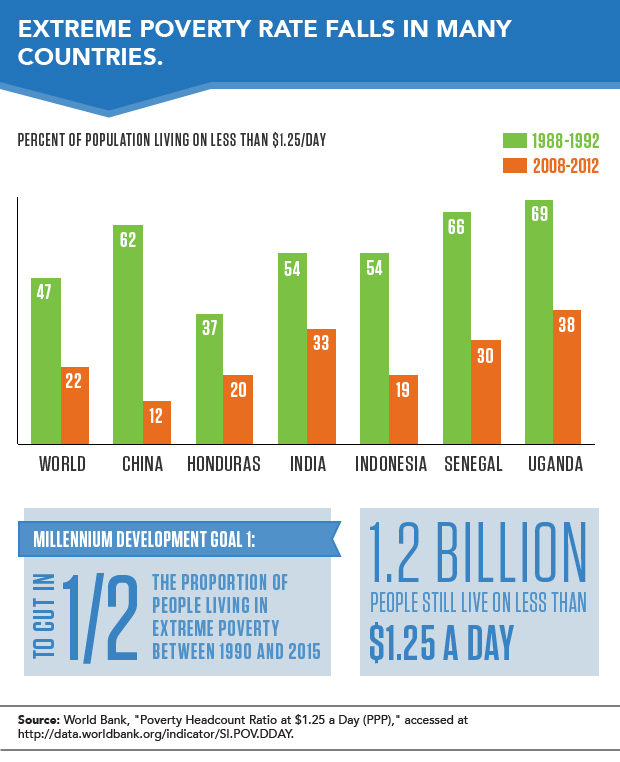