Female Genital Mutilation/Cutting: Health Providers Should Be Advocates For Change 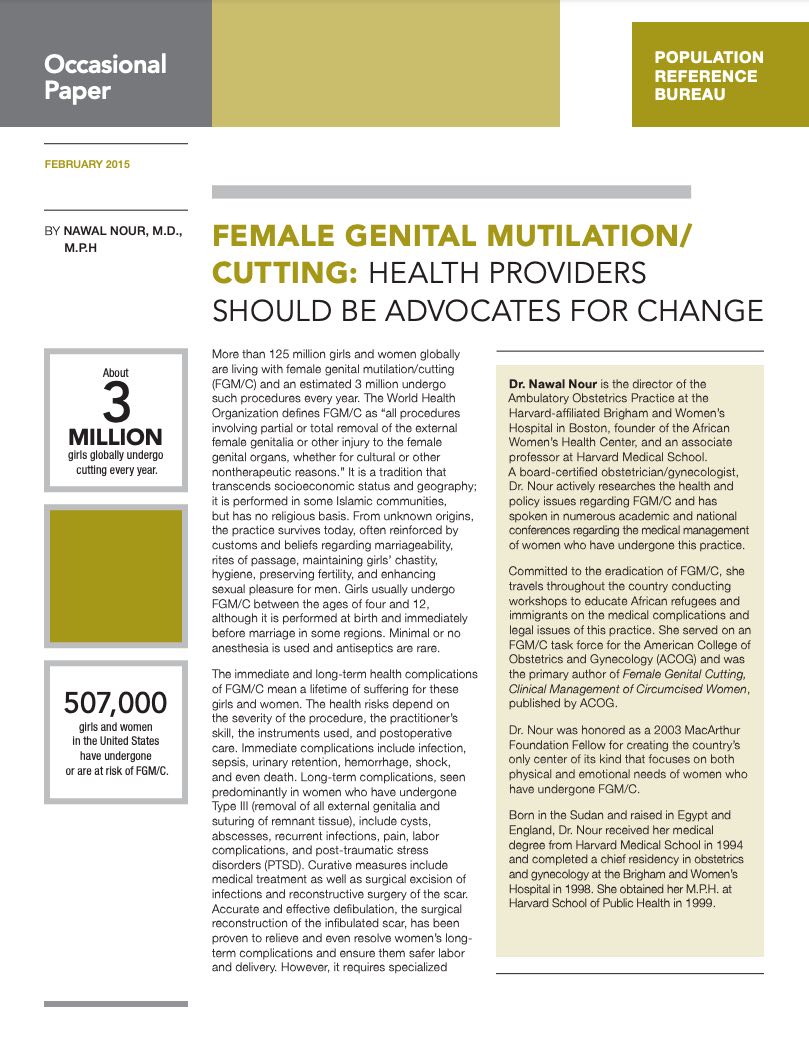 (February 2015) When the African Women’s Health Center (AWHC) first commissioned a study based on the 2000 U.S. Census, they found that approximately 228,000 women and girls living in the United States have either undergone or are at risk of FGM/C. The “at-risk” number reflected a staggering increase of approximately 35 percent from the 1990 census estimate. New numbers being released by the Population Reference Bureau on Feb. 6th, 2015, reveal that 507,000 girls and women in the United States today have either undergone or are at risk of FGM/C. These growing numbers demonstrate that U.S. health providers will be examining more patients with FGM/C. Though some hospitals and health centers in the United States have created a culturally and linguistically competent environment for women with FGM/C, these still do not meet the needs of this population. More often, women with FGM/C have received poor-quality care, which understandably creates an environment of distrust towards our health care system. Women with FGM/C are not only likely to experience inappropriate encounters with health providers, but they are also subject to disparities in care, with lower rates of mammograms, pap smears, vaccinations, and family planning services. If medical interpreters are used, evidence-based preventive medicine is more consistently applied.