The Middle East and North Africa (MENA) region has experienced major improvements in health over the past few decades.1 Today, on average, a girl born in Egypt is expected to live for 72 years—nearly 20 years longer than if she had been born in the early 1970s—owing in large part to a 70 percent improvement in infant mortality rates over the same time period. And maternal deaths in Egypt dropped 52 percent between 1992 to 2000, mostly because of increases in the number of births at institutions delivered by skilled attendants.2

However, despite these improvements, significant inequities in access to health care services and overall health status persist for the region’s women, especially in the area of reproductive health. One of the important factors affecting reproductive health disparities in the MENA region is the socially assigned gender roles endemic there. A pervasive culture of silence influences the way MENA women perceive their bodies and their health. And this culture also circumscribes their “health-seeking behaviors”—whether and where they look for health services.

Because women—through their childbearing and childrearing roles—are the largest users of MENA health services, program planners and policymakers in the region should address the cultural constraints to women’s reproductive health access. In particular, more investment should be made in interventions that raise women’s health awareness and in outreach to encourage women’s involvement.

But information is key to these efforts. And unfortunately, the paucity of gender-disaggregated data in the region poses a challenge to accurately depicting gender disparities in health-service access and utilization. Better articulating these disparities through more research and improved data collection can guide strategies to address vulnerable populations and assist the health sector to improve provision of services for women.

In MENA, multiple cultural factors influence delays in health-seeking behavior for women. In a 2002 speech given to the annual conference of the Middle East Studies Association, Thoraya Ahmed Obaid, executive director of UNFPA, declared that the region’s health care disparities for women “…touch on issues of culture and religion, and they touch on values, traditions, and practices. They also touch the traditional patriarchal structures in the communities—structures that establish and maintain power relations between women and men, and among the community at large.”3

Decline in Infant Mortality in Selected MENA Countries, by Sex

These disparities seem to begin at the age of reproduction. In fact, one of the most significant health improvements in the MENA region has been in the area of infant mortality (defined as death before the first birthday), whose rates have declined rapidly for both boys and girls throughout the region (see table). Even in Yemen, the least developed country in the region, there has been minimal gender disparity in infant mortality rates over a 30-year period.4

But when women reach reproductive age, institutional and cultural inequities limit or block their access to health services. Gender inequities are so powerful among the region’s low-literacy rural populations, for instance, that women in these populations are often not able to recognize a problem when it exists.

A landmark 10-year study in rural Egypt published in 1999 (known as the Giza study) found that perceptions women held about their own health were the single most important factor governing their utilization of health services. One-half of the women participating in the study had a reproductive tract infection (RTI), 56 percent had genital prolapse, and 63 percent were anemic. Yet the majority did not seek health care services for these conditions, and most of the women saw these conditions as normal.5

A more recent study from rural Egypt similarly found that, while reproductive health problems were prevalent, women rarely if ever sought care for such problems.6 Although the majority of women suffered from at least one gynecological or gynecologically-related issue (such as when a cystocele—a weakening of the wall between the bladder and the uterus—causes frequent urination), they claimed that as long as they were able to have children and do their daily work, they largely ignored any reproductive health problem. The study also found little dialogue about such matters among women or between women and their spouses, reflecting a prevailing and community-condoned fatalism about women’s health problems.7

Recommendations for Bridging the Health Gap

Addressing the cultural dimensions of gendered health disparities in the MENA region presents a considerable challenge. But the current health sector reform agenda in MENA—characterized in many of the region’s less developed countries by decentralization of administrative functions and detachment from donor aid—provides an opportunity not only to strengthen public health services, but to broaden their scope to include health promotion targeting women and address some of their cultural constraints to health care access. Developing community-based health promotion programs can be an effective way to increase the health awareness of women in communities and encourage earlier health-seeking behaviors.

Structural changes in the health care system could also promote women’s access to reproductive health services. Addressing gender bias can be initiated by prioritizing health expenditures to secure the health care services that women need, such as supplies of contraceptive methods and a system for follow up on users satisfaction. Health sector reforms such as the reprioritization of national budgets through the National Health Accounts process—a process that has been underway in MENA countries for over a decade—could provide one opportunity to include these voices and reallocate support to the services that women require.8

And implementing expanded services as well as conducting proactive outreach to MENA women who need them is also important in bridging the gender health gap. To a varying degree, access to family planning services has been expanded throughout the MENA region: Modern contraceptive use among married women of reproductive age in MENA has reached more than 50 percent in Algeria, Egypt, Iran, Morocco, and Tunisia.10

Such successes in family planning are the result of health promotion programs that raise awareness and strongly subsidized contraceptive commodities. But although fertility rates have generally declined, there remains a large unmet need for quality family planning services in the region.

Finally, better gender-disaggregated data will illuminate women’s health needs and improve gender disparities in health service access. Securing such data is necessary to substantiate the role and constraints of the cultural prescriptions that limit women’s health agency, mobility, and decisionmaking.

Above all, women must be encouraged to recognize and speak about their health care needs. As Huda Zurayk, dean of the faculty of health sciences of the American University of Beruit, puts it: “In aspiring to gender equity, it becomes particularly significant to listen carefully to the traditionally muted voices of women. What they tell us will present a different perspective to internationally determined program priorities, which generally derive from ‘expert’ knowledge and experience.”

Farzaneh Roudi-Fahimi is a senior policy analyst at the Population Reference Bureau. 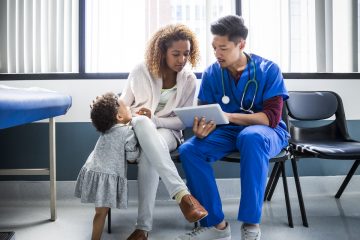 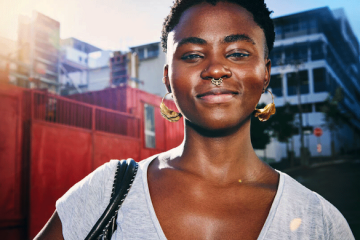 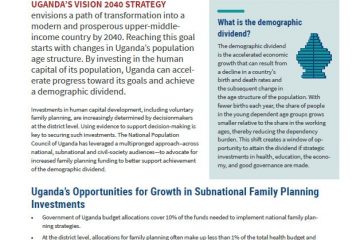 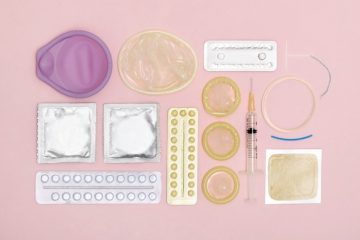 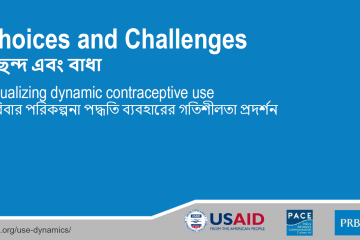