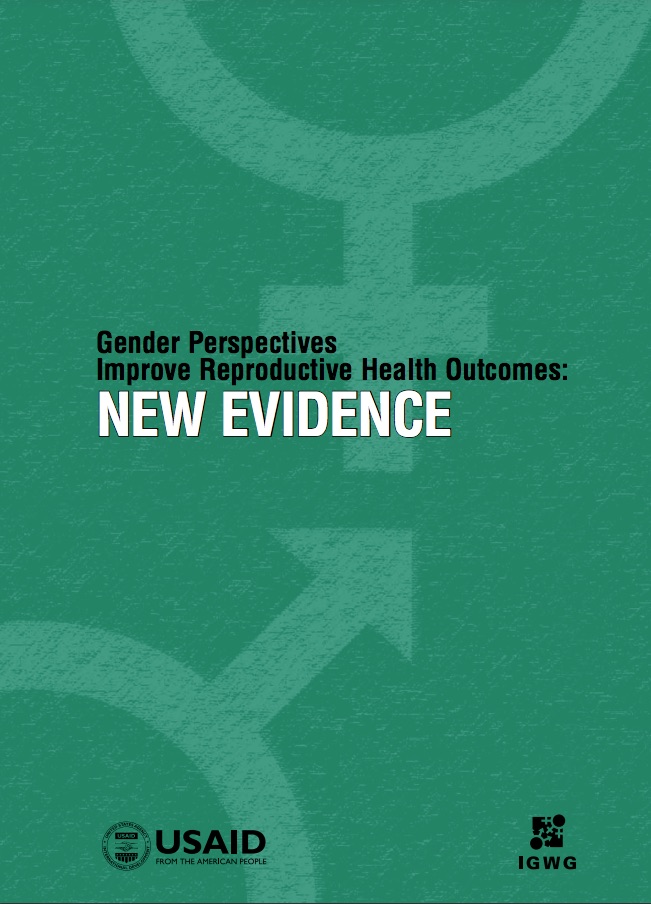 (February 2010) In 2004, the Interagency Gender Working Group, funded by the United States Agency for International Development, published The “So What?” Report: A Look at Whether Integrating a Gender Focus into Programs Makes a Difference to Outcomes. The 2004 report presented evidence of the value of integrating gender into programs for promoting positive reproductive health and gender outcomes.

The purpose of this 2009 review was to assemble the latest data and update the evidence as to what difference it makes when a gender perspective is incorporated into reproductive health programs.

The review focuses on five components of reproductive health programs, including interventions related to:

The authors examined gender-related barriers to each component of reproductive health and the strategies undertaken by programs to address the barriers. Out of nearly 200 interventions reviewed, 40 are included here as examples of programs that integrate gender to improve reproductive health outcomes. The interventions selected for inclusion were limited to those that have been evaluated—meaning they established criteria for assessment that were related to the goals of the intervention and followed an evaluation design—and that used accommodating or transformative approaches. The results of these programs suggest that the field is evolving toward a deeper understanding of what gender equality entails and a stronger commitment to pursue this equality in reproductive health programs.

The report’s authors are Elisabeth Rottach and Sidney Ruth Schuler, with the Academy for Educational Development; and Karen Hardee, Population Action International.