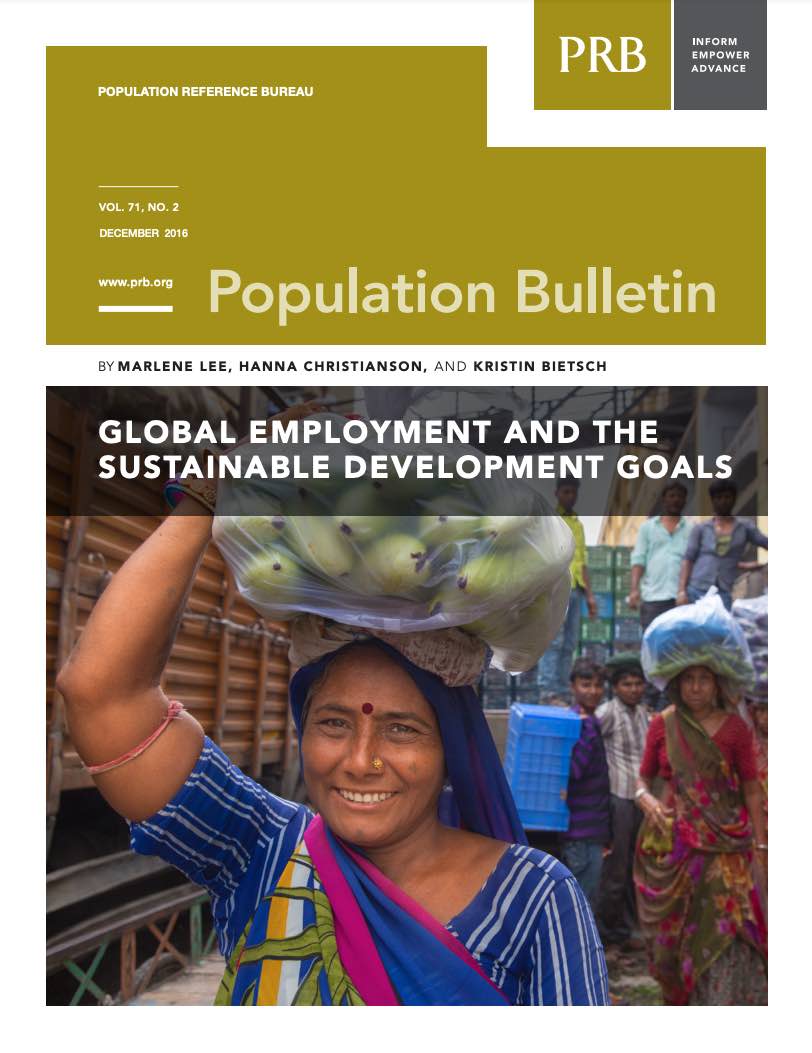 In September 2015, the 193 member states of the United Nations adopted a broad universal development agenda, the Sustainable Development Goals (SDGs). These goals will shape countries’ planning and spending over the next 15 years. The SDGs include commitments to tackle poverty, inequality, and environmental challenges.

Demography will have a bearing on whether many of these goals are achieved, particularly Goal 8: Full and productive employment and decent work for all. Factors critical to employment growth emerge throughout the goals, including creation of economic opportunities and basic preparation of a healthy and educated workforce.

This Population Bulletin, written by staff of PRB’s International Programs, examines the demographic challenges associated with achieving full and productive employment and decent work for all across regions and countries. Here are a few highlights  from the Bulletin: