HIV/AIDS in Vietnam: The Current Situation, the National Response, the Emerging Challenges 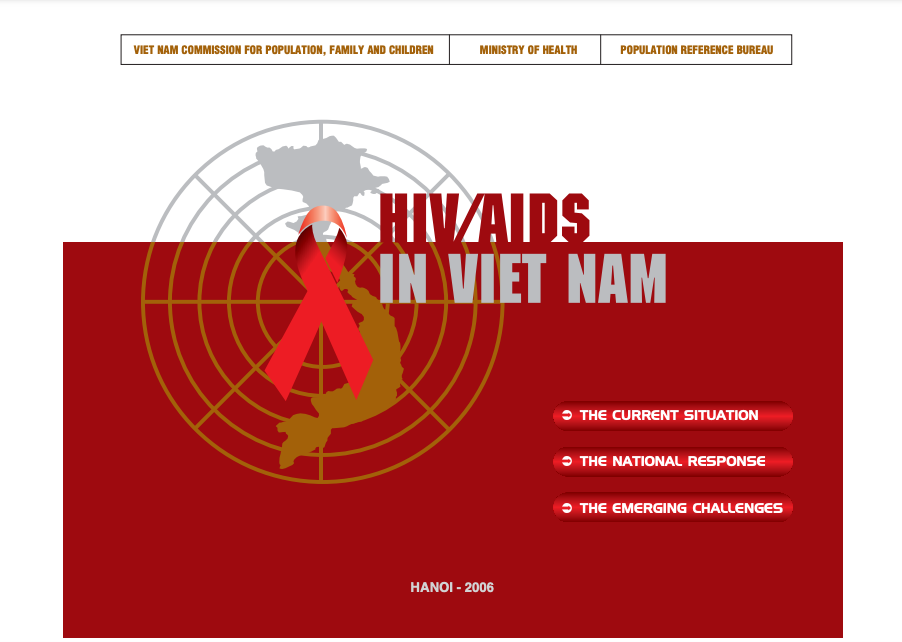 (April 2007) Vietnam is at a crossroads in its efforts to curb the spread of HIV. More than 260,000 people are living with HIV and an estimated 100 people become infected every day. With increasing numbers of men and women affected, the epidemic is no longer confined to high risk groups. In fact, the majority of new infections are occurring through sexual transmission. While the government has stepped up its response and is taking a more progressive approach to curbing the epidemic, HIV still poses a very serious danger to the welfare and future of the country.

In this publication, PRB, in collaboration with the Vietnam Commission for Population, Family, and Children, presents an overview of the latest HIV/AIDS estimates and trends. The report details the national picture, showing how HIV prevalence has increased over time. Highlights include an overview of the most heavily affected areas and groups, and the results of behavioral surveys taken from representatives of the general public, high-risk groups, women, and youth. While Vietnam has made considerable progress in developing its national policies and programs, more vigorous actions are needed, especially at the local level, as the epidemic continues to grow. The booklet concludes with a set of emerging challenges and action steps, drawn chiefly from the national strategy on HIV/AIDS prevention and control and discussions with national officials.