HIV and AIDS in the Middle East and North Africa 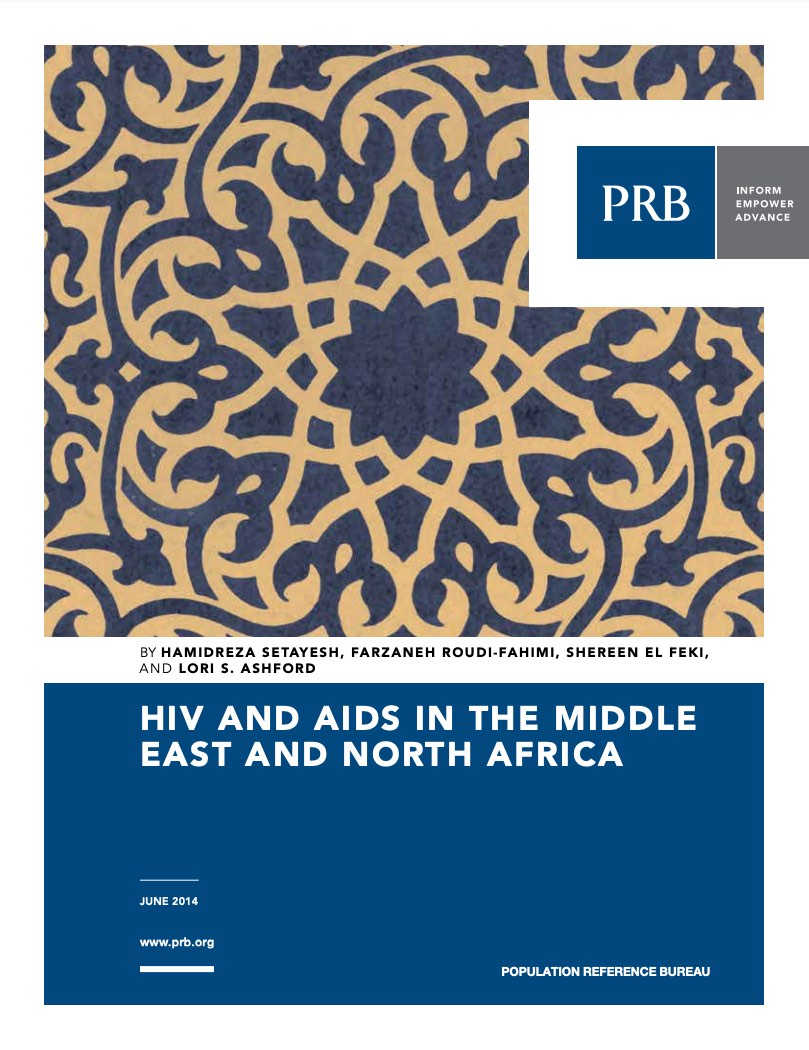 Report. HIV and AIDS in the Middle East and North Africa

(June 2014) Around 270,000 people were living with HIV in the Middle East and North Africa (MENA) as of the end of 2012, according to the Joint United Nations Programme on AIDS (UNAIDS). This translates to an overall HIV prevalence of 0.1 percent among adults ages 15 to 49, one of the lowest rates in the world. But other statistics tell a different story. Between 2001 and 2012, the number of new infections in MENA grew by 52 percent—the most rapid increase in HIV among world regions.

AIDS-related deaths are also on the rise, more than doubling in MENA between 2001 and 2012 (see table), while declining by 16 percent worldwide. The increase is due in large part to low levels of antiretroviral therapy (ART)—a combination of medicines that extends the lives of those infected with HIV and reduces the likelihood of transmission of the virus. On average across MENA, only one in five people in need of ART is receiving it—the lowest coverage rate among world regions. Coverage is particularly inadequate for women and children: Less than 10 percent of pregnant women living with HIV receive antiretroviral medicines to prevent HIV transmission to their newborns—also the lowest rate among world regions.

To eliminate HIV in their countries, MENA governments now have the opportunity to:

For the HIV response to be effective, MENA governments will need to involve many sectors, from ministries of interior, justice, labor, and education to the parliament, law enforcement agencies, and prisons. NGO partners should include human rights and social justice groups, women’s groups, migrant groups, justice reform groups, and labor unions to protect the rights of people living with or most at risk of HIV. The HIV response should include helping individuals and institutions gain legal literacy, because they need to be fully aware of rights, able to demand them, and seek redress when they are violated. The participation of people living with HIV and civil society organizations is crucial to the legitimacy and acceptability of HIV policies and programs, and thus to their effectiveness.

Justice, human rights, and gender equality are the hallmarks of an effective global response to the HIV pandemic and the catalyst for progress in countries. Taking a rights-based approach can ensure that national and international resources support programs that have the biggest impact in terms of caring for people living with HIV and reaching those who are most at risk. The programs with the greatest potential effect are those that recognize and respect human rights.

The MENA region has an opportunity that millions around the world are literally dying for: to stop HIV in its tracks. MENA is at a turning point in history; in public health as in politics, the coming years are critical.

Hamidreza Setayesh is UNAIDS director for Sudan and former regional advisor for Strategic Information and Human Rights for UNAIDS in MENA. Farzaneh Roudi-Fahimi is program director for the Middle East and North Africa at PRB. Shereen El Feki is author, broadcaster, academic, and former vice chair of the Global Commission on HIV and the Law. Lori S. Ashford is an independent reproductive health consultant.