How HIV and AIDS Affect Populations 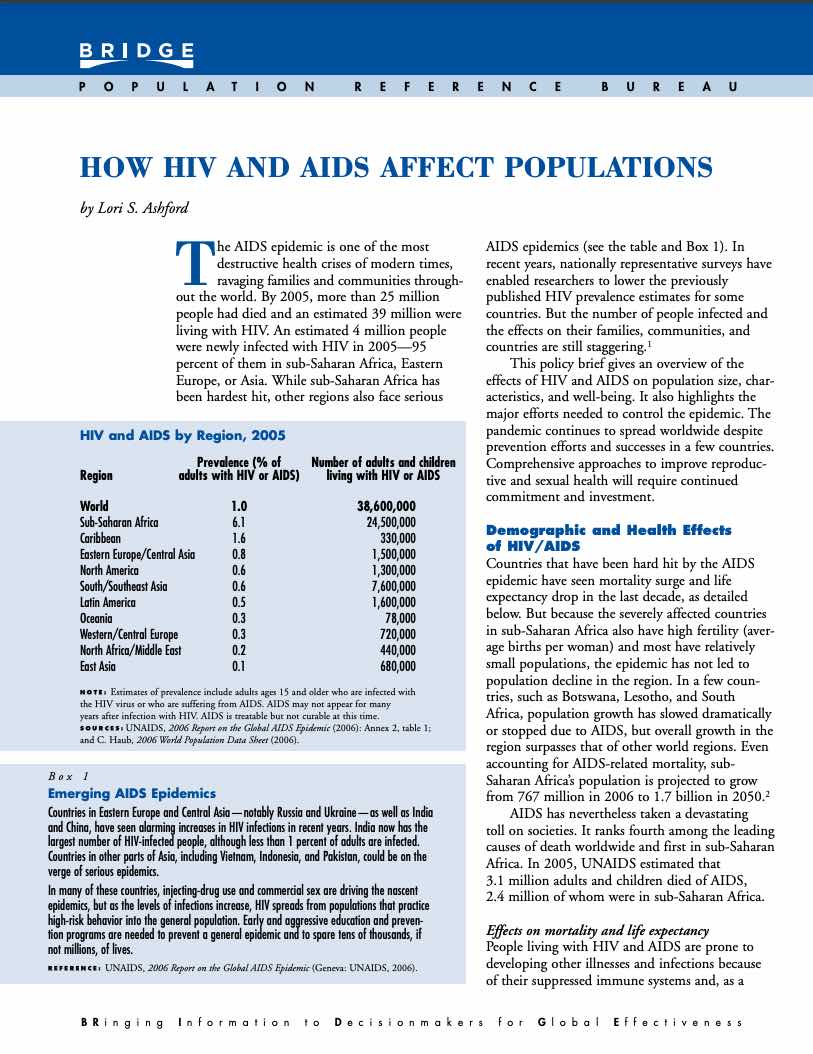 (July 2006) The AIDS epidemic is one of the most destructive health crises of modern times, ravaging families and communities throughout the world. By 2005, more than 25 million people had died and an estimated 39 million were living with HIV. An estimated 4 million people were newly infected with HIV in 2005—95 percent of them in sub-Saharan Africa, Eastern Europe, or Asia. While sub-Saharan Africa has been hardest hit, other regions also face serious AIDS epidemics. In recent years, nationally representative surveys have enabled researchers to lower the previously published HIV prevalence estimates for some countries. But the number of people infected and the effects on their families, communities, and countries are still staggering. This policy brief gives an overview of the effects of HIV and AIDS on population size, characteristics, and well-being. It also highlights the major efforts needed to control the epidemic. The pandemic continues to spread worldwide despite prevention efforts and successes in a few countries. Comprehensive approaches to improve reproductive and sexual health will require continued commitment and investment.