India is currently the second most populous country in the world, at 1.3 billion people in 2015. With about 19 million people added every year, the country contributes more to annual world population growth than any other country.

Click on the image below to launch the interactive: 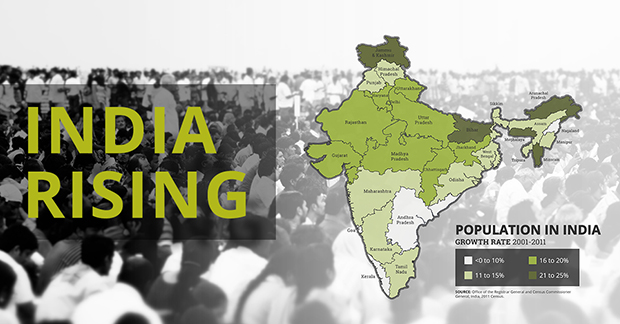 And now India is set to reach two major milestones in the next 10 years—it will surpass China to become the world’s most populous country and also reach replacement fertility as families have fewer children. Replacement fertility means that each couple has, on average, only the number of children to “replace” itself in the population without increasing the size of the next generation.

This digital feature provides an overview of these changes as well as more of the country’s notable population trends across its diverse regions.