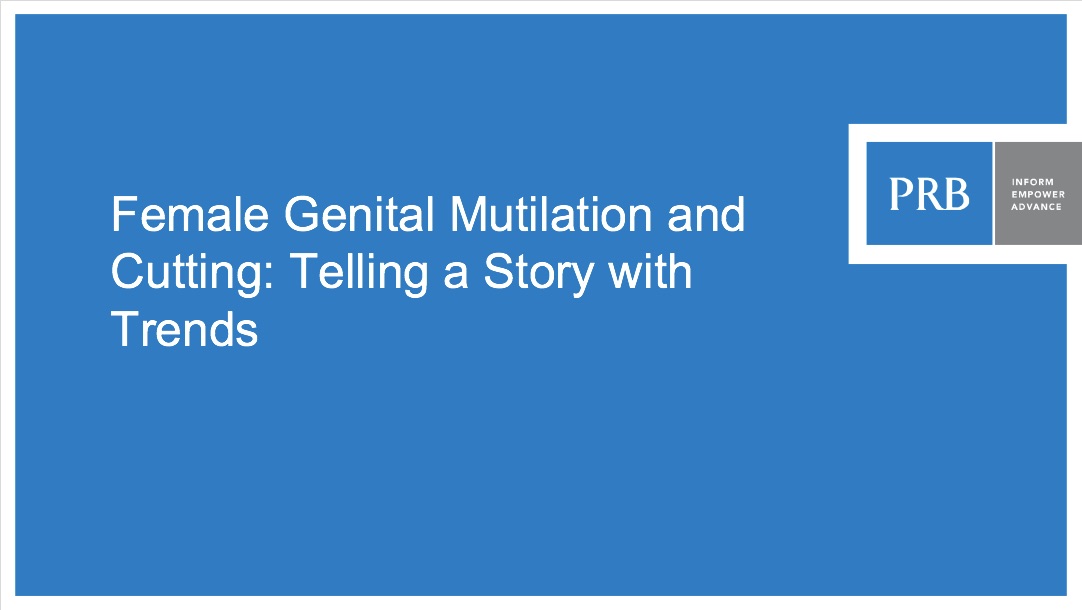 “The Dark Side of Custom,” by Farah Zahidi Moazzam, Newsline (Pakistan)

by Donna Clifton and Charlotte Feldman-Jacobs

(February 2012) Feb. 6, 2012, marks the ninth commemoration of the International Day of Zero Tolerance to Female Genital Mutilation/Cutting. An estimated 100 million to 140 million girls and women worldwide have undergone female genital mutilation/cutting (FGM/C), and more than 3 million girls are at risk for cutting each year on the African continent alone.

Zero Tolerance Day originated on Feb. 6, 2003, when the first lady of Nigeria, Mrs. Stella Obasanjo, officially declared “Zero Tolerance to FGM” in Africa during a conference organized by the Inter-African Committee on Traditional Practices Affecting the Health of Women and Children, a nongovernmental network headquartered in Addis Ababa, Ethiopia. Since then, this day has been observed around the world. As we commemorate Feb. 6, we should acknowledge the bravery of those who first spoke out against it and recent hard-won successes. But we must also recognize the still-overwhelming challenges, and those leaders who are continuing to work on the front lines to make change.

And progress continues to be made. In just the past year, legislation was passed in Guinea-Bissau and Iraqi Kurdistan outlawing the practice. The National Popular Assembly of Guinea-Bissau approved a law prohibiting FGM/C nationwide. The controversial law had been on the table for discussion in Guinea-Bissau for 16 years before it was ultimately approved by a nearly unanimous vote.

The new law in Kurdistan is doubly significant. First, it demonstrates a long-term commitment to political change, having been passed by the Kurdish Parliament after years of petitions and campaigns. The law prohibits FGM/C under punishment of imprisonment and financial fines on practitioners. Second, the presence of the practice in Iraqi Kurdistan is emblematic of its presence in many countries around the world, although not discussed or challenged for generations. Recent studies show that 73 percent of women in this region have undergone the procedure, and in some areas, the prevalence is more than 80 percent. Authorities are continuing to distribute posters to promote awareness, and are also calling on religious leaders to do more in support of ending the practice.

Imams are, in fact, becoming increasingly involved in the fight against FGM/C. About 60 imams from seven West African countries recently met in Mauritania for a conference on “Islam and Female Genital Mutilation.” Clerics from The Gambia, Guinea, Guinea-Bissau, Mali, Mauritania, Senegal, as well as Egypt, discussed the rights of women and children and FGM/C in terms of Islamic law. According to the conference chairman, thir challenge is to establish a distinction between “tradition and sanctity.” Mauritanian imams have already issued a fatwa, or religious decree, against FGM/C.

Yet challenges remain, even within countries where advances have been realized. While FGM/C has been outlawed in Tanzania since 1998, it still occurs in many areas. New data from the 2010 Tanzania Demographic and Health Survey show that FGM/C prevalence has not changed in the last five years, remaining at 15 percent. At the same time, more than 90 percent of Tanzanian women believe the practice should be stopped.

Recently, a public declaration of 104 villages in Burkina Faso to abandon FGM/C drew thousands of supporters. While the country already has legislation against the practice, the Minister of Social Action emphasized the importance of community action in upholding the law, which can be difficult to enforce. Community leaders, including women’s groups, Muslim imams, Catholic and Protestant priests, and traditional village leaders and kings, read their declarations of abandonment. The celebration ended with the communal burial of the tools traditionally used to carry out FGM/C on young girls.

Increasingly, media, NGOs, and community leaders are speaking out against this harmful traditional practice. The flow of information is critical to this effort. As more information becomes available about the practice in South Asia and the Middle East, it becomes clear that it is a practice that needs to be unmasked and challenged around the world. Through research, investigative reporting, first person accounts, and other evidence, it is now clear that it is also practiced outside Africa—in India, Iran, Iraq, Oman, Pakistan, Saudi Arabia, Syria, and Yemen. In the coming year, the anticipated release of new Demographic and Health Surveys from countries such as Burkina Faso, Ethiopia, and Senegal will provide valuable details on the current situation in those countries. By examining where and why this harmful traditional practice continues, how to most effectively challenge these obstacles can progress.

Donna Clifton is a communications specialist, International Programs, and Charlotte Feldman-Jacobs is program director, Gender, at the Population Reference Bureau.