Is India's Population Heading Toward 2 Billion? 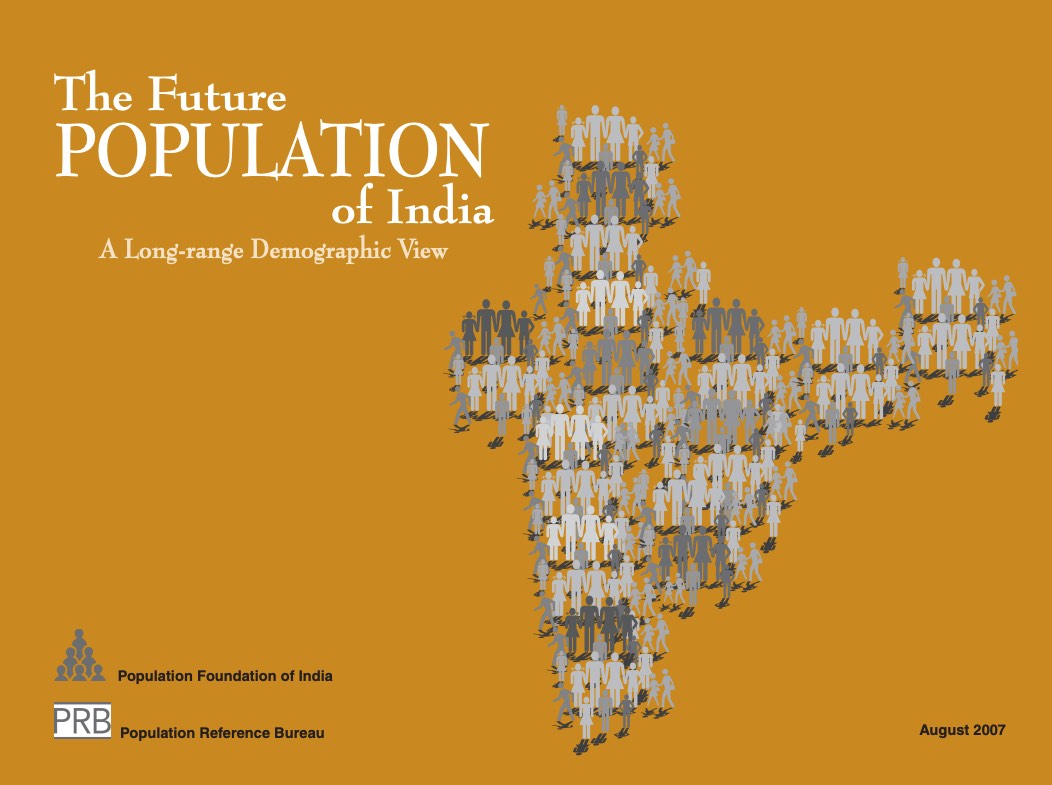 (September 2007) Will India be the first—possibly the only—country ever to have 2 billion people? The Population Reference Bureau tackled this question in a new projection series release this month. The answer depends on the course of events in each of India 35 states and Union territories. Under the two scenarios prepared for this study, India’s population would near the 1.8 billion mark by mid-century and may even exceed 2 billion by 2100 unless fertility rates decline more rapidly in India’s largest and poorest states.

India passed the 1 billion population benchmark in 2000, and stands at 1.1 billion in 2007. The government has long been concerned about population growth outpacing economic growth, and India was the first country to adopt a policy to slow population growth. Since the policy was first stated in 1952, the country’s total fertility rate (TFR) has declined from about six children per woman to about three, but fertility levels vary greatly throughout India’s vast territory.

Fertility Decline in the South

The TFR decline has been much greater in its southern states, which have long had much higher rates of literacy and education than northern states. The southern states of Kerala and Tamil Nadu now have TFRs below two children per woman, lower than the U.S. rate. To reduce the national TFR, fertility decline will have to occur in other parts of India, a fact well known to the government and to family planning experts.

The large states of the north, the “Hindi Belt,” are key to the future size of India’s population. About 40 percent of Indians live in this region. Two northern states, Bihar and Uttar Pradesh, with about 93 million and 188 million people, respectively, are already larger than most of the world’s countries. Both states currently have a TFR of about 4.3 children per woman.

Bihar and Uttar Pradesh will grow much more quickly than Kerala and the low-fertility states because of their higher fertility. Their statistical “weight” in India’s total population will increase. To account for the growing share of the high-fertility states, we projected each state individually and derived the national total from those results.

The state and Union territory populations were projected under two scenarios. One assumed that states with a current TFR above “two children” would decrease to 2.1 and then remain constant. The other assumed the TFR decline would continue until it reached 1.85 children per woman.

This state-based projection series differs from projections that use national fertility rates and age structures, and we believe it provides a more realistic scenario. The population projected for Uttar Pradesh ranges from 353 million to 364 million by 2051, and between 414 million and 480 million by 2101. The  projected 2101 total for India ranges from 1.9 billion to 2.2 billion, depending on the assumptions for each state.

Will India’s population reach 2 billion? It is a real possibility over the long term if fertility does not decline at a faster rate in Uttar Pradesh, Bihar, and the other poor states that make up a growing share of the nation’s population.

The Future Population of India, A Long-range View was prepared by PRB’s senior demographer, Carl Haub, and PRB’s India consultant, Mr. O.P. Sharma, in collaboration with the Population Foundation of India in New Delhi. The report includes projected population, total fertility rates, life expectancies, and broad age groups for India and each state between 2001 and 2101, under two scenarios.