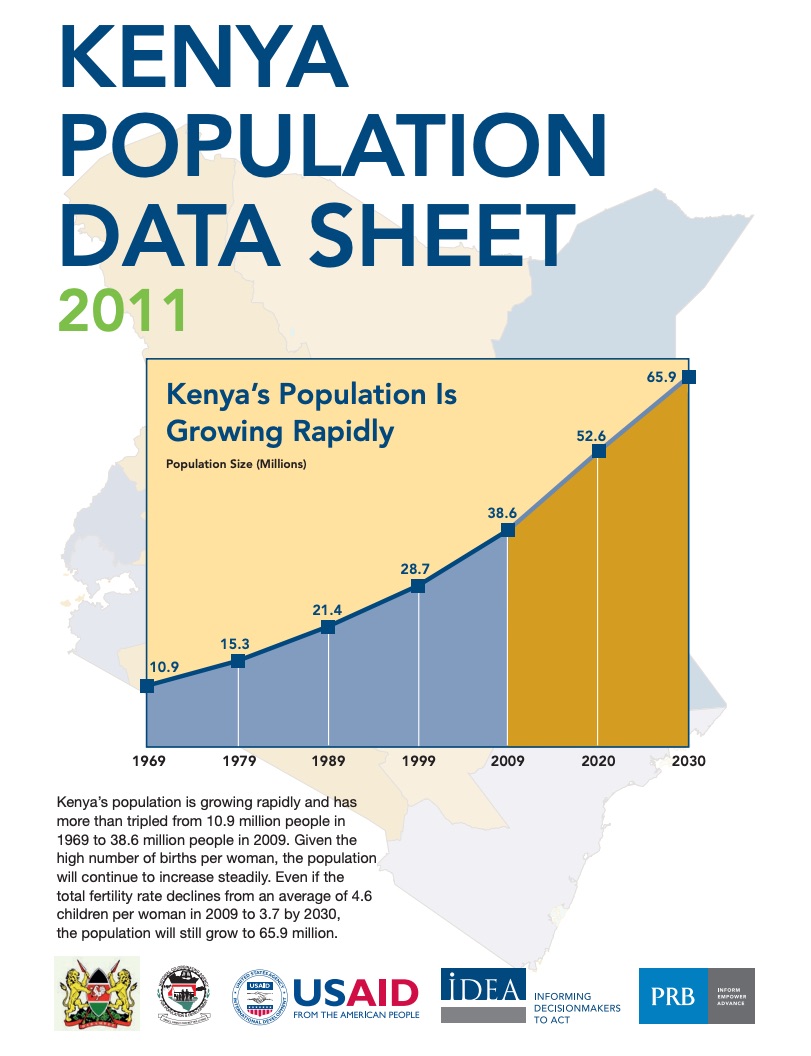 Most of Kenya’s population is in the younger age groups, with two out of five people under age 15, and a majority of the total population under age 25. Among youth ages 15 to 24, more than 20 percent of boys and 10 percent of girls had sex before age 15. Ensuring access to family planning can help manage rapid population growth by preventing unintended pregnancies while reducing maternal and child mortality, and improving the health and economic well-being of families and communities. In Kenya, 46 percent of married women use contraception, with 39 percent using a modern method.

However, one out of four married women report an unmet need for family planning, meaning they wish to delay, space, or limit their next pregnancy but are not using any method of contraception. Poorest women and women in rural areas have the highest unmet need. Among women ages 15 to 49, nearly half reported their most recent birth was an unplanned pregnancy.

The Kenya Population Data Sheet 2011 was prepared by the Population Reference Bureau’s Informing DEcisionmakers to Act (IDEA) project and the National Coordinating Agency for Population and Development (NCAPD) in Nairobi. The publication was made possible by the United States Agency for International Development (USAID). Data and figures are compiled from the latest Kenya Population and Housing Census, Demographic and Health Survey, Service Provision Assessment Survey, and the United Nations World Population Prospects.