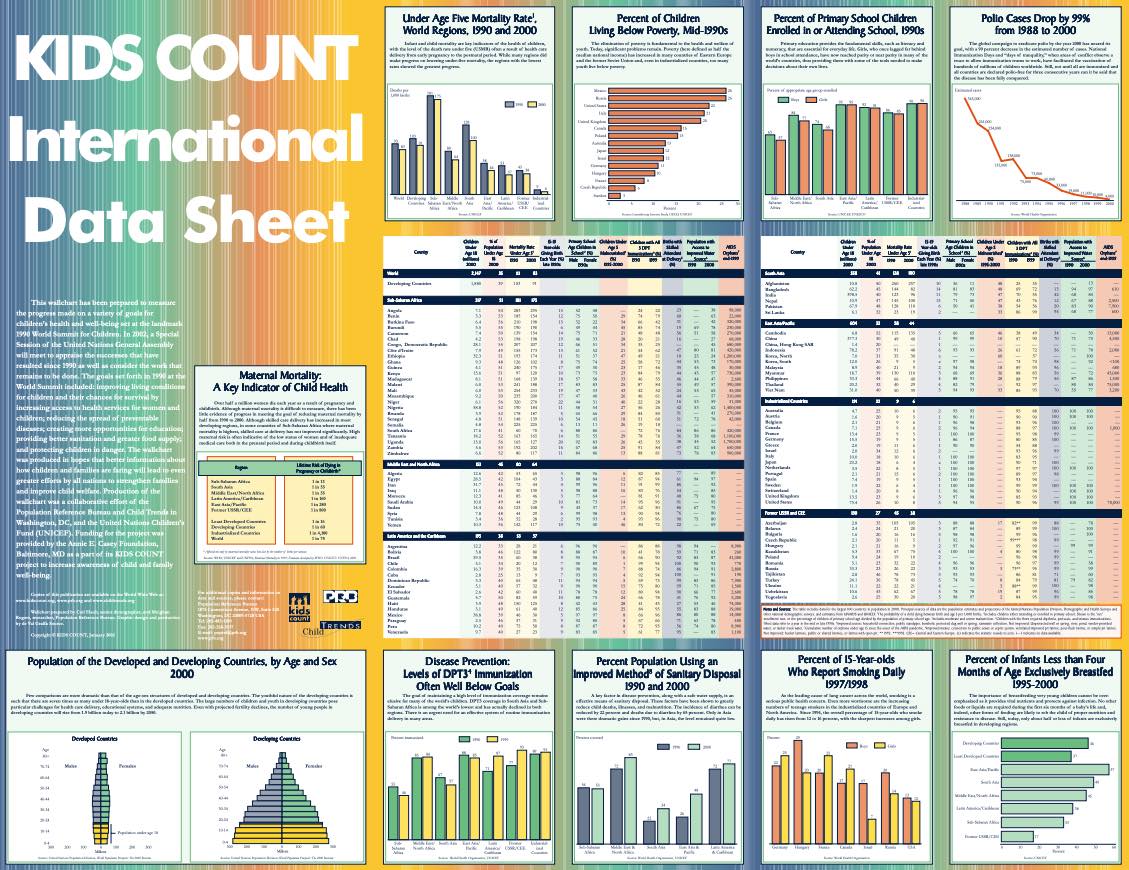 The data in this data sheet dramatize the yawning gaps in well-being between children of rich and poor nations. Children in industrialized countries are often twice as likely to have basic required immunizations than their poorer counterparts. The mortality rate of children under age five is 100 deaths per 1,000 births in South Asia, compared to six in industrialized nations.

The 1990 UN World Summit on Children set ambitious 10-year goals for improving the lot of the world’s children. Progress, however, has been very uneven. Populous countries like India, Nigeria, and the Philippines, for example, have experienced significant declines in the percentage of children immunized with critical vaccinations.

The publication is modeled on the annual KIDS COUNT Data Book, a national and state-by-state rundown of the status and well-being of U.S. children. The KIDS COUNT International Data Sheet documents children’s status country by country on 10 key indicators: number and percentage of children under age 18; mortality rate under age 5; 15-19-year-olds giving birth each year; primary school age children in school; malnourished children under age 5; children with required immunizations; births with skilled attendant at delivery; population with access to safe water; and the number of AIDS orphans.