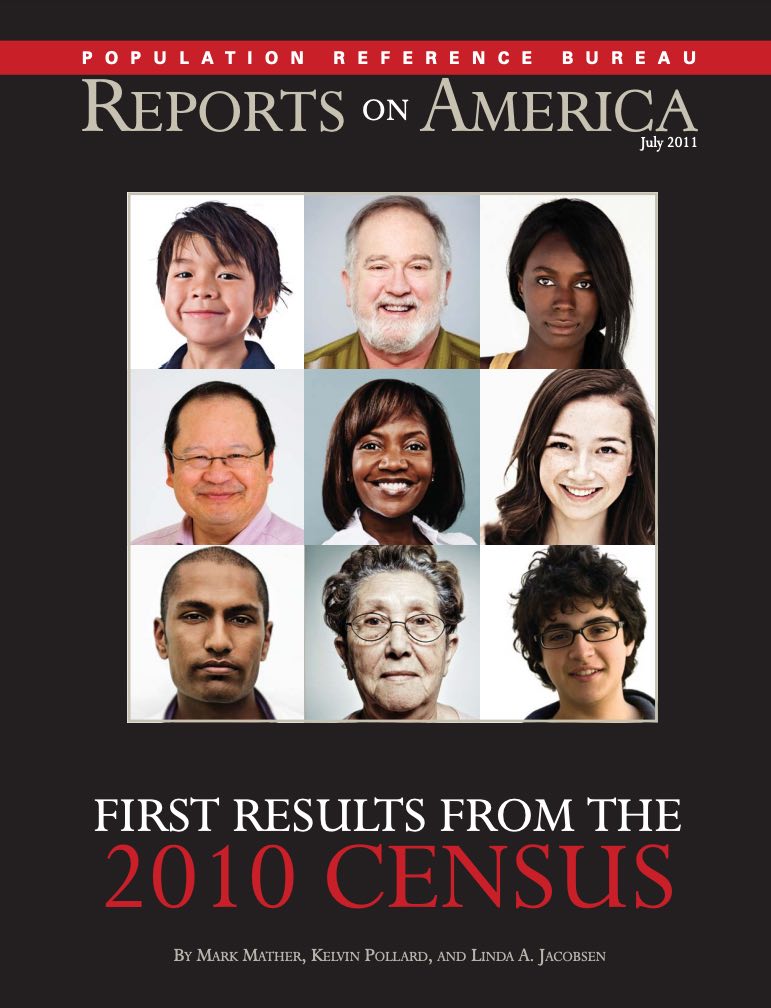 First Results From the 2010 Census

The 10 least-segregated metro areas all grew faster than the national average of 11 percent between 2000 and 2010, with seven of them seeing increases of 20 percent or more, reports Kelvin Pollard, PRB demographer and co-author of PRB’s Reports on America: “First Results From the 2010 Census.” Only one of the 10 most-segregated metros experienced growth rates that reached even half the national average.

“Least-segregated Raleigh and Las Vegas were among the nation’s fastest growing metros with growth rates topping more than 40 percent for the decade, while most-segregated Detroit, Cleveland, and Buffalo were among those that lost population,” he notes.

“Milwaukee’s index of 81.5 means that about eight out of 10 black residents would need to move to another Milwaukee neighborhood to be distributed throughout the metro area in the same way as whites,” Pollard explains. Demographers call levels of 60 and above highly segregated, 39 to 59 moderately segregated, and below 39 less segregated.

Ten Least and Most Segregated Metropolitan Areas With Population Change, 2000 to 2010

Ten Most Segregated Metropolitan Areas With Population Change, 2000 to 2010

Segregation persists in older cities in the Northeast and Midwest where a large share of the nation’s African American residents live, “buttressed by a history of poor race relations and continuing discrimination,” says John Iceland, a Penn State University demographer who studies segregation and poverty. Cities like Chicago, Detroit, and Philadelphia have long-established black communities—often called ghettos—that grew during the migration of African Americans from the South for industrial jobs during the first half of the 1900s.

Still, the 2010 Census results offer some good news: “The ghettoes of the Northeast and Midwest are not being reconstituted in the fast-growing areas of the South and West,” he notes.

U.S. cities with high levels of growth and new construction tend to be less segregated. One reason may be that newer housing lacks a reputation for discrimination, while in older areas the perception—widely held or not—that blacks are unwelcome in a particular suburb or area of the city can linger for decades. Metro areas in the South and West tend to have more mobile populations, fewer blacks, and sometimes no long-established black community, Iceland points out. “The world of difference is easy to see in a short drive through Milwaukee or Detroit where there are starkly black and starkly white neighborhoods that you don’t see to nearly the same extent driving in places like Tucson or Las Vegas,” he says.

The way city boundaries were drawn in the past also plays a role in regional differences today, according to Reynolds Farley, a University of Michigan sociology professor emeritus, who began studying segregation in the 1960s. The boundaries of the Rustbelt cities of the Northeast and Midwest were established decades ago and are surrounded by independent suburbs, some with a history of hostility to blacks. In the South and West, central cities annexed outlying land after World War II; metro areas like Tucson include much of what might be considered the suburban ring in the Midwest. In some parts of the West and South, public schools are often organized on a county-wide basis, limiting white suburban enclaves.

By the 1990s, more African Americans were calling the suburbs home, but in many places those suburbs were predominantly black. “The important finding revealed by Census 2010 is that many, many places within suburban rings in the Northeast and Midwest appear to be quite open to African American residents,” says Farley. “You can find almost all-black neighborhoods, but such segregation is certainly declining. In quite a few metro areas in the South and West and some in the Midwest, you could say that black-white segregation is not much more than moderate.”

Researchers are now tracking the impact of growing Hispanic and Asian populations on black-white segregation. “As a community becomes more diverse, racial mixing appears easier to achieve and a different dynamic seems to be playing out,” says Iceland.

Black-white segregation has declined gradually and continuously over the last 40 years, but as the nation’s population has become more diverse some analysts anticipated more rapid change, even hoping for a breakthrough.

“The growth of the black middle class, the passage of time since Fair Housing Laws were enacted, and the evidence from surveys that white Americans are becoming more tolerant of black neighbors all point toward progress in overcoming the high level of segregation that had been reached in 1970,” says Brown University sociology professor John Logan.

A report from the US2010 Census Project, directed by Logan, found overall black-white residential segregation in U.S. metropolitan areas declined from a high of 79 in 1970 to 59 in 2010 (as measured by the segregation index).1 Logan calls the progress “mixed,” noting that at the current rate of change it will be 2030 before blacks reach the same level of segregation as Hispanics today (index of 48). The report also found that cities with the largest share of black residents registered the smallest declines in segregation over the past 30 years, while metro areas with black populations of less than 5 percent showed the greatest declines.

For children, segregation continues to be more pronounced than for adults. The Harvard School of Public Health’s Diversity Data project reports that segregation declined moderately for black children in most U.S. metropolitan areas since 2000, but remains high.3 Their analysis of 2010 Census data found that black child segregation relative to white children in the 100 largest metropolitan areas fell between 2000 and 2010 from 72 to 68, as measured by the segregation index. Child segregation declined most in larger, very highly segregated metros in the Midwest and smaller metros in Florida and the western United States, the researchers found.

Farley calls “residential segregation a lens to assess whether the U.S. has achieved the equality that some felt the 2008 election symbolized.”4 He points to declines in segregation, increases in interracial marriages, documented changes in racial attitudes, and widespread acceptance of equal housing opportunities as signs of weakened systemic discrimination.

Yet he acknowledges that while white attitudes have become more accepting over the past 30 years, full acceptance is a long way off. About half of whites surveyed in Detroit in 2004 told Farley’s research team they would move if the racial composition of their neighborhoods reaches 50-50, down from three-quarters in 1976. Still, he is cautiously optimistic: “The long trend toward lower levels of black-white segregation seems sure to continue.”