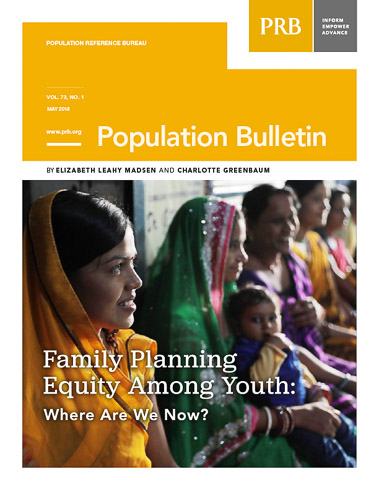 Unmet need for family planning among women ages 15 to 24 is higher than among older women, and meeting their need would significantly reduce unintended pregnancies and maternal deaths.

Advocates, service providers, and governments are increasingly focused on improving access to and use of contraception among young people. To tailor program efforts, it is critical to understand how young women’s access to and use of family planning varies by socioeconomic status and other measures.

PRB’s new Population Bulletin looks at whether demand satisfied for family planning, as a key indicator of universal access to sexual and reproductive health, is equitable among young women ages 15 to 24 in low- and middle-income countries, and to what extent that inequity has changed over time. We consider these questions at the global, regional, and national levels using survey data from 33 countries. Our analysis demonstrates that: