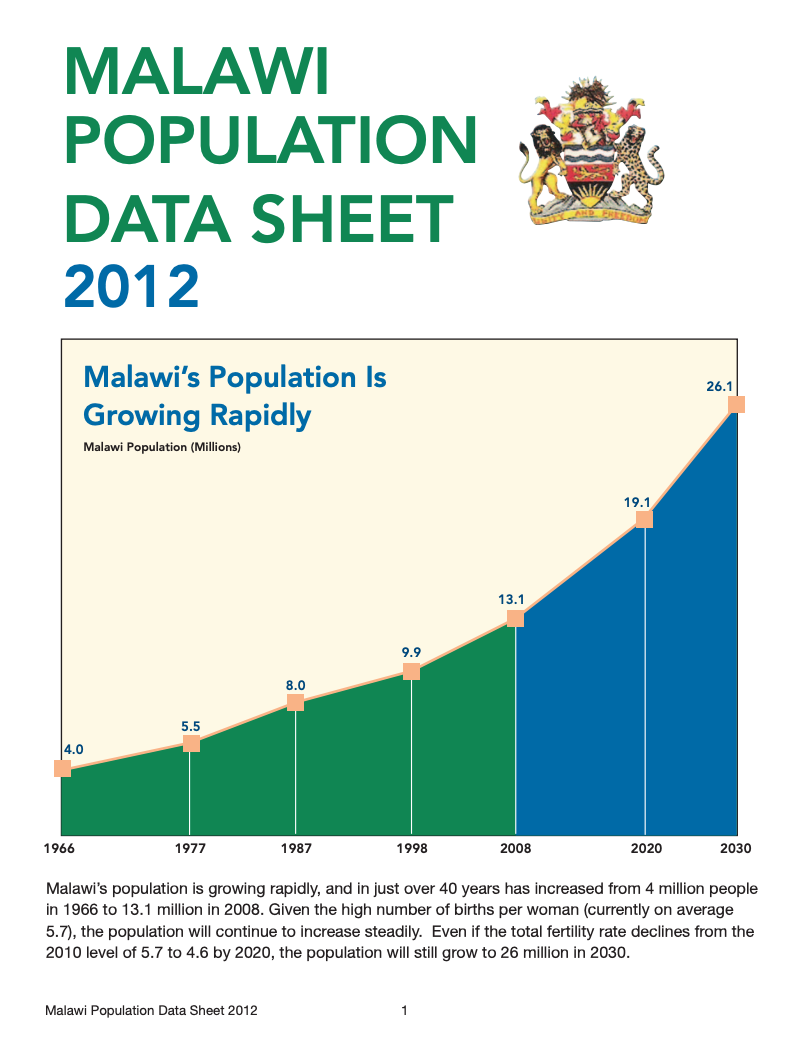 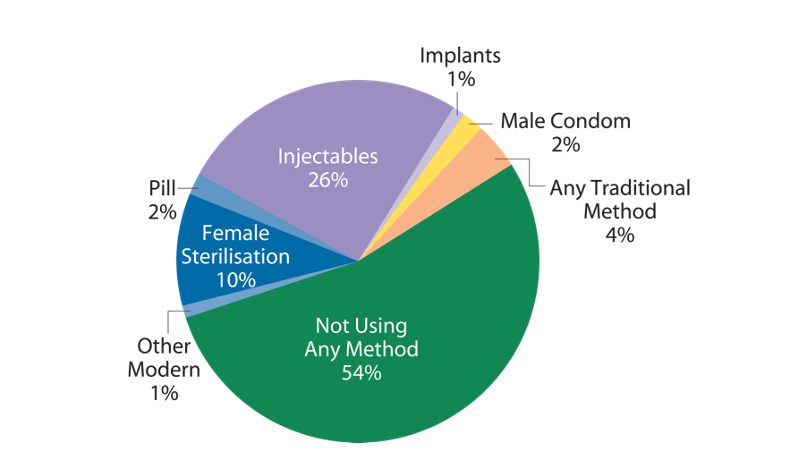 A large percentage of Malawi’s population, 46 percent, is below age 15. While a youthful population represents the potential for a large labor force in the future, it places a heavy burden on the working-age population (ages 15 to 64) to provide for the basic needs and services required by children and youth, such as health and education. The population is growing faster in the Northern and Central regions of the country but growth is slower in the more densely populated Southern region. There is a clear demographic divide in the age structure of the population by wealth quintile. The age structure among the poorest 20 percent of the population is extremely youthful, while the wealthiest 20 percent has begun to experience a fertility decline and make more progress toward experiencing a demographic dividend.

While Malawi has made substantial improvements in addressing its population issues, especially by increasing its use of modern contraceptive use (currently at 42 percent), large family size remains the norm despite the high demand for family planning. One out of every four women says that she does not want another child now or at all but is not using family planning. Women with higher levels of education tend to have fewer children, and women with no education have an average of more than three times as many children as women who continued their education beyond secondary level. One in five adolescent girls have begun childbearing by age 17.

A PowerPoint presentation has been created to illustrate the main findings of the data sheet.