Marriage in the Arab World 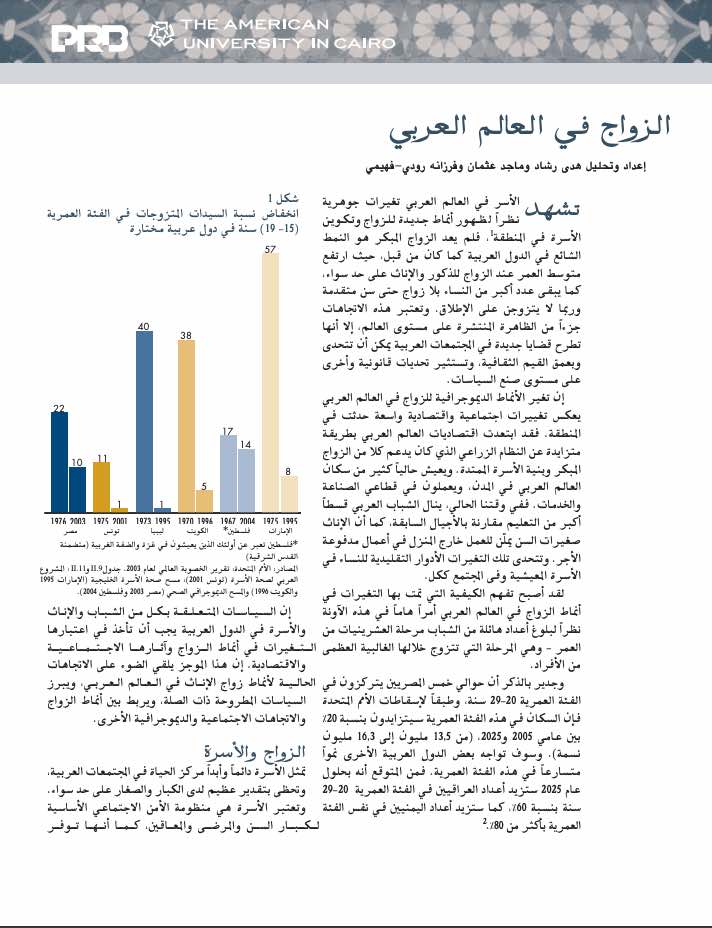 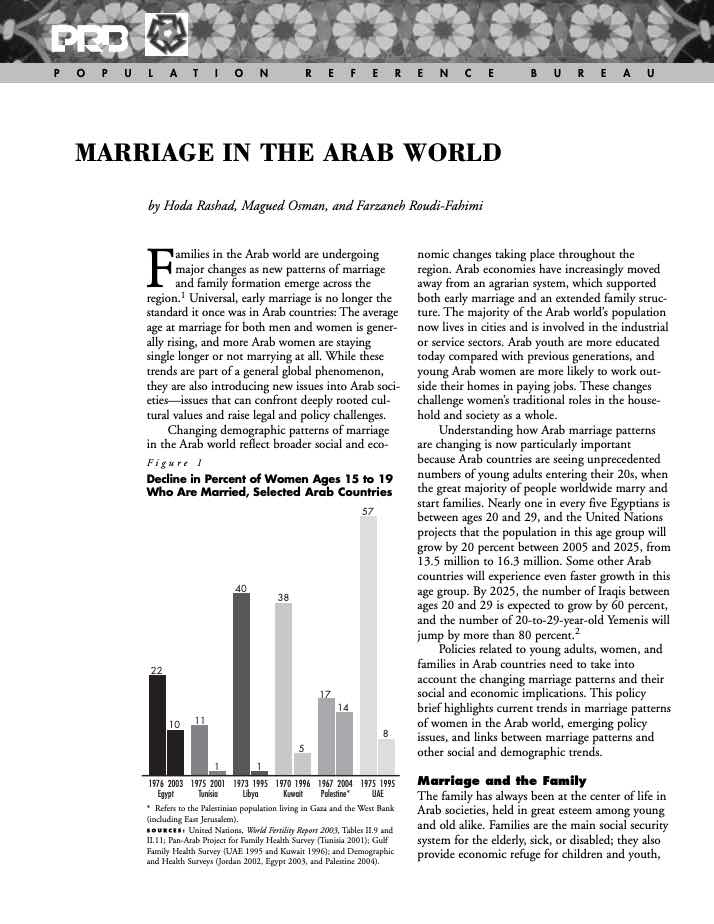 Report. Marriage in the Arab World

(December 2005) Families in the Arab world are undergoing major changes as new patterns of marriage and family formation emerge across the Middle East and North Africa. Universal, early marriage is no longer the standard it once was in Arab countries: The average age at marriage for both men and women is generally rising, and more Arab women are staying single longer or not marrying at all. While these trends are part of a general global phenomenon, they are also introducing new issues into Arab societies—issues that can confront deeply rooted cultural values and raise legal and policy challenges.