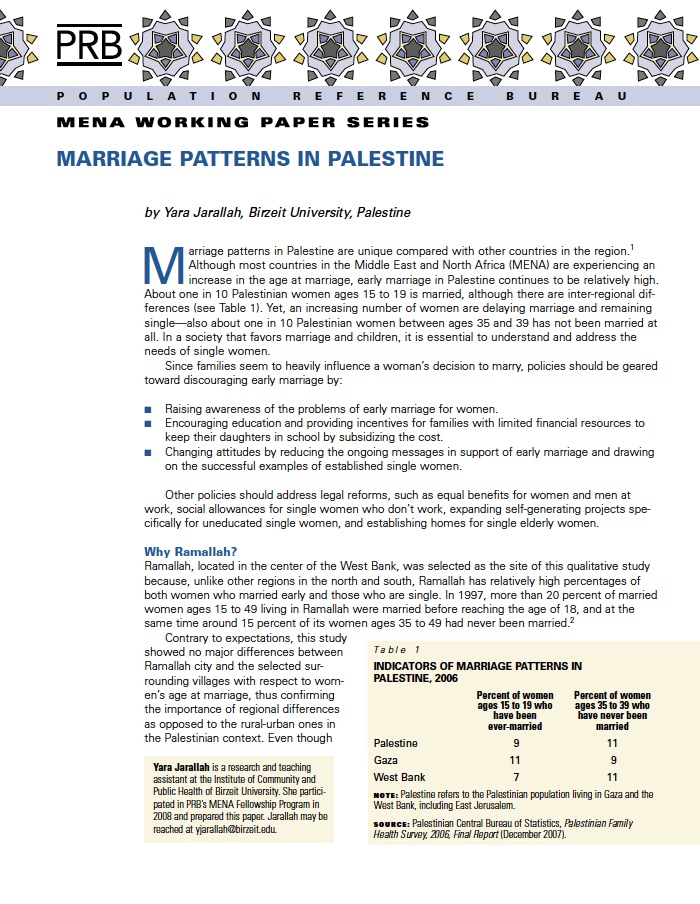 (October 2008) Marriage patterns in Palestine are unique compared with other countries in the region. Although most countries in the Middle East and North Africa are experiencing an increase in the age at marriage, early marriage in Palestine continues to be relatively high. About one in 10 Palestinian women ages 15 to 19 is married. Yet, an increasing number of women are delaying marriage and remaining single. In a society that favors marriage and children, it is essential to understand and address the needs of single women.

Ramallah, located in the center of the West Bank, was selected as the site of this qualitative study of 26 women because, unlike other regions in the north and south, Ramallah has relatively high percentages of both women who married early and those who are single.

Yara Jarallah is a research and teaching assistant at the Institute of Community and Public Health, Birzeit University, Palestine. She participated in the Population Reference Bureau’s MENA Fellowship Program in 2008 and prepared this paper. Jarallah may be contacted at: yjarallah@birzeit.edu.