What information does a census collect? The answer depends on when and where in time the census was taken.

In the past, empires and nations often took regular censuses. From Babylon to China to India to Russia, governments needed to tax people and conscript soldiers, so they counted men. The practice of using data from a census to inform and direct policy—How much can the government spend on new roads or ships? Will the military have enough resources for war?—still exists today.

As many countries prepare for the 2020 census, PRB shares some milestones and moments from census history around the world. 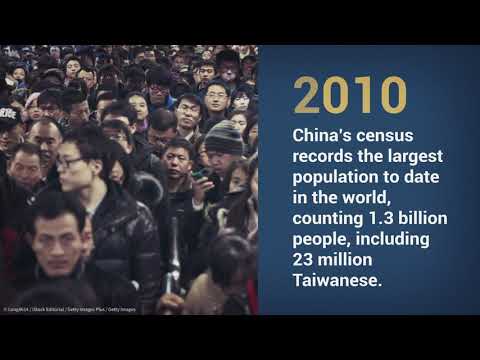 As many countries prepare for the 2020 census round, PRB shares some milestones and moments from census history around the world.

Empires and nations have a long history of census taking, from Babylon and China to India, Russia, and the United States. The practice of using data from a census to inform and direct policy—How much can the government spend on new roads or ships? Will the military have enough resources for war?—has endured over time.

This video and accompanying web article are companion pieces to the 2019 World Population Data Sheet. PRB has produced this widely referenced Data Sheet (www.prb.org/worldpopdata/) annually since 1962. This year’s edition takes a focus on the census throughout history and provides the latest data on 24 key population, health, and environment indicators for the world, major regions, and more than 200 countries and territories.

1086   While not a census in the strictest sense of the word, the Domesday Book surveys English landowners and their holdings, forming the basis for the tax system implemented by William the Conqueror.

1250-1270  The Mongols take a census of captured Chinese, Russian, and Asian territories to demand resources from conquered peoples in exchange for a peace treaty. The resources are used to conduct further conquests.

1400   Without a written language, the Incas use a system of knots on strings made from llama or alpaca hair to record census data and administer their empire.

1700s-1800s  European colonialist nations like England, France, and Denmark avoid conducting censuses of their own countries due to opposition from the nobility, who fear losing power to the central government. The story is quite different when it comes to their colonies in the Americas, the Caribbean, and Iceland, however, where censuses are used to promote growth and keep the colonies under control and well-taxed.

1790   Enumerators on horseback begin the first U.S. census, which takes 18 months to complete. The results are used to establish the size of the House of Representatives. Enslaved people are counted as three-fifths of a person until after the Civil War (1861-1865), and Native Americans aren’t counted at all until 1860.

1850-1860     Anti-slavery campaigners use data from two consecutive U.S. censuses to build support for abolition by showing that the number of enslaved people in the United States is rising—contrary to arguments made by pro-slavery politicians.

1864   During the U.S. Civil War, Maj. Gen. William Tecumseh Sherman marches Union troops through Georgia to the sea in record time because he relied on census data to find local resources for his army rather than establish long supply lines.

1871   British officials require their standard list of jobs be used in India’s census, highlighting cultural differences as census takers struggle to classify such occupations in India as “jokers and story-tellers, hail averters, prayer mutterers.” The local population is reluctant to participate because of rumors that the goal of the count is to identify girls to be sent to England to fan Queen Victoria during a heatwave.

1890   The first electric tabulating machines are introduced in the U.S. Census, advancing the technological development of census taking.

1920   The U.S. census shows that urban areas are growing quickly, largely due to an influx of immigrants. Seeking to minimize the political impacts of the resulting reapportionment, the Republican-controlled Congress passes laws that end the United States’ open immigration from Europe for the first time and establish quotas for desirable (northern European) and undesirable (southern European) immigrants. Congress doesn’t undergo reapportionment until 1932, using the results of the 1930 Census.

1958   Responding to a need for international standards, the United Nations’ Statistical Commission issues the first set of principles and recommendations for population and housing censuses. They become a cornerstone of the first World Population and Housing Census Programme.

2001   More than 390,000 census respondents in England and Wales self-identify as followers of the Jedi faith after an internet campaign that claimed—incorrectly—that the Jedi belief system would receive official government recognition as a religion if it received enough support. Says one supporter, “Do it because you love Star Wars… or just to annoy people.”

2010   China’s census records the largest population to date in the world, relying on 10 million census workers (roughly equivalent to the population of Belgium) to count 1.3 billion people, including 23 million Taiwanese.

2012   Brazil assists Senegal with its census, providing state-of-the-art information gathering and processing technologies, including the use of personal digital assistants, so that field researchers can collect and send data in real time. The resources ensure greater reliability and faster production and dissemination of results. 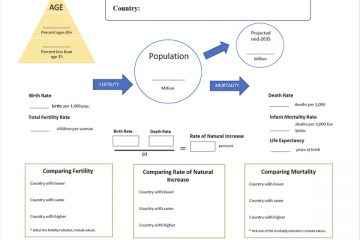