Mountains: Sources of Water, Sites of Poverty and War

(Population Today, August/September 2002) With UN agencies celebrating 2002 as the “International Year of Mountains,” this is an opportune time to draw attention to the challenges brought to mountain populations from increasing globalization.

Why the focus on mountains? They provide fresh water for most of the urban population living in the lowlands, the Earth’s greatest biodiversity, and recreation destinations. Despite their bounty, mountains are home to some of the poorest people in the world, and this poverty invites resource conflicts that threaten mountain ecosystems and all those who depend on them.

Mountains have been described as the water towers of the world. Almost all major rivers have their sources in mountains, and more than half of humanity relies on water from these rivers for domestic irrigation, industry, and the generation of hydroelectric power. These waters are also essential to the health of ecosystems since they provide nutrients for aquatic life and dilute pollutants generated mostly in the lowland areas.

In the years to come, mountain streams will become even more critical because pollution and depletion will threaten lowland stream and groundwater supplies as urbanization accelerates and agriculture intensifies. Nearly 50 percent of the global population currently lives in cities, and this figure is expected to rise to 60 percent in the next 30 years, placing enormous strain on lowland water supplies. Given the need to increase food production by 50 percent over the same period, it is clear that water originating in the mountains will be in critical demand.

Already, remote mountain watersheds are being targeted for water supplies for thirsty cities and for hydropower. Unfortunately the benefits from such services flow downstream, and economic gains rarely return to the source.

Without these economic gains, poverty in the mountains — where economic activities are severely restricted by adverse climatic conditions, limited arable land, a lack of infrastructure, limited access to markets, and natural hazards such as landslides and avalanches — only deepens. Migration ensues because, as access to communication reaches into the mountains, the lure of greater economic opportunities in the city increases. Migration to cities by young people, predominantly young men, is most widespread in the Himalayas and Andes, despite the limited opportunities for minimally educated individuals in overcrowded urban areas. Young people without gainful employment who do not migrate to cities sometimes join guerrilla groups that make isolated mountain regions their base of operations. The results in both cases are more poverty and more conflicts, with far-reaching implications for global security (see Box).

What can we do to prevent such conflicts and at the same time sustain people in the mountains? Mechanisms have to be found to compensate mountain people for the benefits their actions, services, and resources provide to the lowlands. Revenue from hydropower production, for instance, mostly benefits lowland consumers and utilities. Except during the construction period, revenues rarely return to the mountain people. Revenue sharing and compensation subsidies are some of the remedies available. Similarly, water is a commodity that is grossly undervalued. Urban users should pay fair prices for water and pay to protect its source. And farmers who maintain a relatively stable terrain — that is, take steps such as terracing and planting cover crops — rather than harvesting the resources in the most profitable manner should also be compensated. Finally, to offset damage caused by recreational pursuits such as skiing and climbing, an environmental protection tax could be levied on the tourism industry.

The linkages between upland activities and lowland impacts may seem obscure to urban populations when these activities are hundreds of kilometers away. However, the impacts take three forms: short catastrophic events; long-term problems associated with water shortages and floods; and people leaving devastated mountain environments, adding to the mass of urban poverty. Creating greater public awareness of the plight of the mountains during this year may persuade the urban population that there is more to mountains than climbing to the top.

Hans Schreier is a professor with the Institute for Resources and Environment at the University of British Columbia. 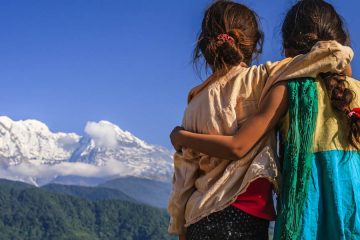 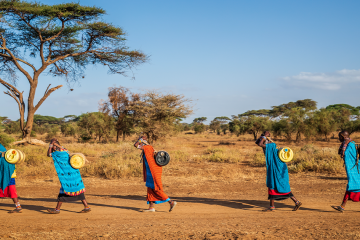